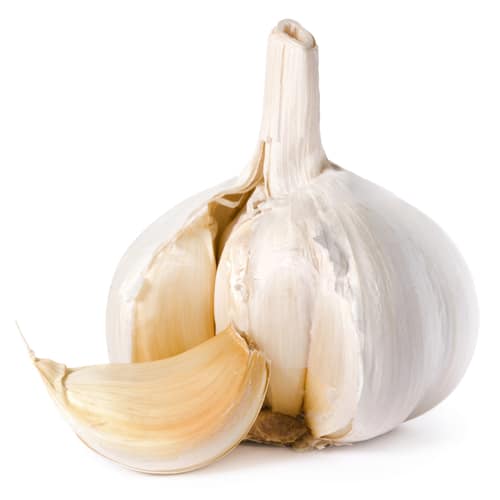 We all get ill sometimes, but many people underestimate the significant role that diet can play in improving the body’s ability to fight infection. Read on to discover twelve fantastic foods that have been proven to boost the immune system and improve resistance to disease.

The reason why garlic gives you particularly malodorous breath is that it contains certain oils that your digestive system simply cannot break down. Instead, these oils make their way out of your body through your mouth, and so they have to pass through your respiratory tract. As they do so, they kill harmful viruses and bacteria found lurking there. In addition, one fascinating study performed in the United Kingdom showed that people who took garlic extract for twelve weeks were two thirds less likely to catch a cold than people who were taking a placebo.

Barley and oats are a source of beta-glucan, a type of fiber that has powerful antimicrobial properties. Studies conducted on animals have shown that a diet high in beta-glucan is linked to a markedly decreased likelihood of contracting influenza viruses and herpes viruses. There is also some evidence that eating food that contains beta-glucan can enhance the ability of antibiotic drugs.

Pineapples provide you with a chemical called bromelain, and this improves your resistance to disease in a couple of different ways. Firstly, it reduces sinus inflammation when you have a cold, flu or sinus infection. Secondly, it lowers levels of unwanted inflammation associated with diseases such as arthritis and asthma.

All honey is capable of reducing the duration and severity of the main symptoms that are associated with upper respiratory infections. This is because honey erodes and destroys any bacteria that it encounters in your throat. However, there is one particular kind that is especially good at fighting infection. Manuka honey has been the subject of nutritional research for quite some time, and studies have shown that it contains a special compound capable of fighting bacteria throughout the entire body. Unlike regular honey, which can only kill bacteria it physically touches, manuka honey helps to fight bacteria everywhere inside you.

Goji berries are an infamous superfood, bursting with different chemicals that can improve your quality of life by enhancing a whole host of bodily functions. When it comes to fighting disease, the polysaccharide sugars found in goji berries help by encouraging your immune system to produce more white blood cells (which are vital when it comes to fending off viral and bacterial infections).

One study conducted by scientists at Harvard discovered that people who drank at least five cups of black tea for two weeks had ten times the normal amount of interferons in their blood. Interferons are proteins that fight viral and bacterial infections by inhibiting their ability to replicate. This means that steady consumption of black tea is likely to make you less vulnerable to infection.

Blueberries are a source of copper, and copper has antibacterial properties that will help you to fight certain infections. Further, blueberries provide you with a large chunk of your recommended daily intake of iron, and this increases the amount of hemoglobin in your blood (making sure that the right amount of oxygen reaches all the important parts of your body).

Shiitake mushrooms can help your body effectively resist disease by improving immune system function. Like goji berries, they are a source of polysaccharide sugars that promote the production of white blood cells, and your body is more capable of fending off infections when it has a large supply of white blood cells.

When you have a cold or flu, try adding plenty of chili to your food. It thins out mucus, reducing the discomfort of a blocked nose and speeding recovery from infection.

Ginger is a popular traditional treatment for nausea and vomiting, but it is also capable of lowering levels of inflammation. This is due to the presence of gingerols, chemicals that stop certain enzymes from raising inflammation in the body. Given this property of ginger, it is an ideal part of your diet if you happen to suffer from inflammatory diseases like ulcerative colitis, arthritis, and asthma.

Strawberries are a wonderful source of vitamin C, with one serving providing you with a massive 136% of your recommended daily intake. It is well documented that high levels of vitamin C are associated with better resistance to disease.

Pumpkin seeds are an ideal snack when you are suffering from gastric flu or related viral infection, as they contain a powerful antiviral chemical called cucurbitacin. In addition, it is a good idea to eat pumpkin seeds even when you are perfectly healthy, as they will reduce your likelihood of falling ill in the future. This is because they contain zinc, and zinc is necessary to ensure proper white blood cell function. When your white blood cells are functioning well, you are more resistant to disease.

Eating plenty of all of the above foods will improve your resistance to disease and make you less likely to contract annoying bacterial and viral infections.

Twelve Foods That Will Improve Your Skin