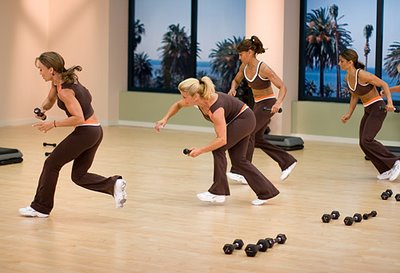 With a block from Cedie, Cathe scores- – – Okay, what did you expect from NFL Films. After all, they film football games! Seriously, this drill is called a suicide run and though it looks like it takes a lot of room it can easily be modified for people who don’t have a football field to workout in. This drill is not performed to a beat and should be done at your own speed. Its hard work, but also a lot of fun