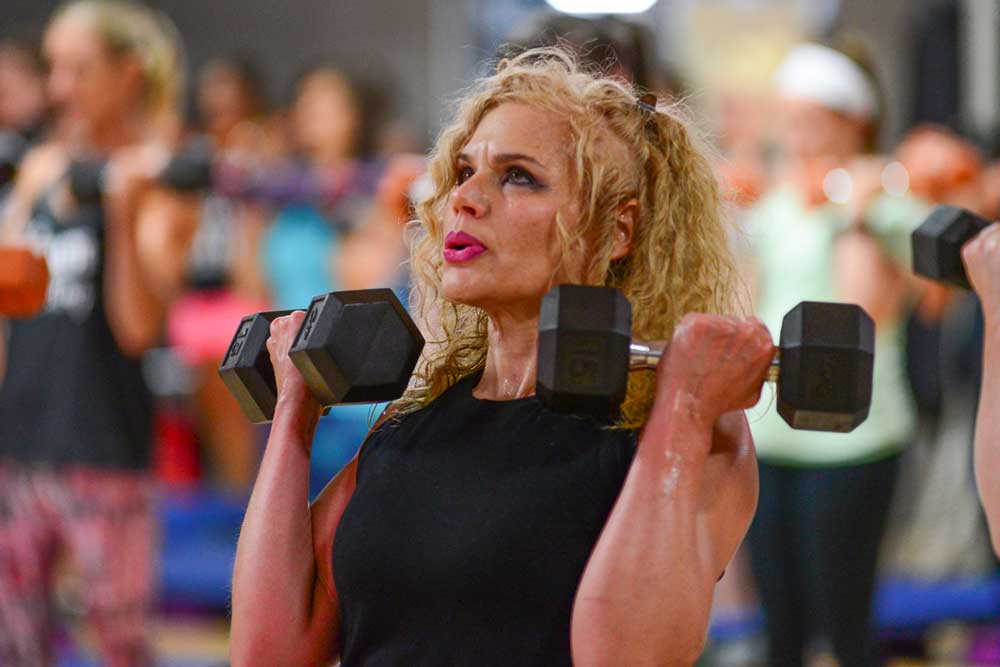 When you think about improving your brain health, a cardiovascular workout likely comes to mind. No wonder! A sweat session that gets your heart rate up can, based on a growing body of research, improves brain health. Each time you walk briskly, run, or do some other form of moderate to vigorous exercise, you boost blood flow to your brain, along with the delivery of oxygen and vital nutrients. This surge in blood flow may temporarily boost brain power. The benefits of aerobic exercise on brain function happens even after a short workout.

How quickly can you enjoy the perks of exercise? In one study, researchers tested a group of 14 healthy, young adults using an eye-movement test. The goal was to assess and challenge their brain’s executive functioning, the ability to make decisions and solve problems. After the initial test, one group sat quietly and read a magazine. The other group rode on a stationary bike at a moderate to intense pace for 10 minutes. Afterward, they repeated the eye-movement test.

Good news! The group that exercised showed a significant improvement in their capabilities on the second test. For example, cognitive function improved by 14%. What’s more, their reaction time also increased. The second group who read a magazine experienced no improvements in brain function. Talk about immediate gratification!

It appears that aerobic exercise has an immediate but temporary impact on brain function. Before taking a test, a brisk walk or some other aerobic form of exercise may be beneficial. But, the long-term benefits are nothing to scoff at either. According to some studies, longer term, aerobic exercise may boost the release of proteins that boost the growth of blood vessels and spur the formation of new nerve connections within the brain. The more connections we have, the more we can connect various portions of our brain and boost information retrieval.

But, we need more than aerobic exercise to keep our bodies youthful and healthy. We also need weight training to limit the loss of muscle tissue that goes along with aging. Weight training also helps to preserve strength and power capabilities that are important for preventing frailty and falls. But, what impact does strength training have on brain health? Is it also a fountain of youth for the brain?

Interestingly, a study carried out by scientists in Brazil found that strength training ramps up the release of growth factors in the brain as well. Growth factors are one thing, but can working with weights actually power up your cognition? In one study, researchers asked a group of older men and women, ages 55 to 86, to take part in a study. The participants were divided into two groups. One group weight trained two times weekly for six months using heavy weights. The weight they lifted was around 80% of their one-rep max. The second group stretched but didn’t work with weights. At the beginning of the study, the participants took a series of cognitive tests and, again, when the study was over. They also repeated the cognitive tests 12 months after the completion of the study.

The bad news is the group that stretched only performed slightly worse on their cognitive tests. However, the group who weight trained improved their performance on the cognitive challenges. What’s more, they retained those performance gains when they were retested a year later. Interestingly, the participants who experienced the greatest improvements in cognitive function were those who gained the most strength.

Could strength training be a way to slow down cognitive decline? Along with keeping our bodies buff and strong, weight training may help preserve brain health and cognitive function. It could even help with memory short-term. In one study, researchers divided healthy subjects into two groups. They showed the participants a series of images. Then, some of the subjects did 6 sets of leg extensions using a weight that allowed them to complete 10 reps. The second group did no exercise. When the two groups were challenged again to identify the images, the group that didn’t exercise performed about the same. However, the group that did the leg extensions recalled 10% more of the images. Why might this be?

Researchers believe that weight training is a mild, short-term stressor. When you exercise, you challenge your body to move more resistance than it’s accustomed to. When your body is under stress, it releases hormones, including stress hormones, like norepinephrine. These hormones are linked with a greater ability to remember. In fact, the participants in the study had higher levels of alpha-amylase in their saliva, a marker of more norepinephrine release. Norepinephrine is a hormone released in response to stress and also gives you the temporary ability to think faster. You need that if a lion or bear is chasing you!

You might still be convinced that aerobic training is the best form of exercise for brain health, but one study called this into question. In this study, older women were assigned to one of three exercise groups. One group did basic balance and fitness exercises. The second did a walking routine while the third lifted weights. All participants did their respective forms of exercise twice weekly for 6 months. The researchers used functional MRI scanning to monitor their brain response to their assigned exercise program. They also followed the participants with cognitive testing.

The results? All of the participants benefited to some degree, as they were moving their bodies. However, the weight training group showed the most improvement by imaging and cognitive testing.

Aerobic exercise is good for your brain, but strength training has some perks for your gray matter too. So, keep your workouts balanced. Make sure you’re eating whole foods, managing stress, and sleeping enough and you’ll be on your way to preserving the health of your brain as you age.