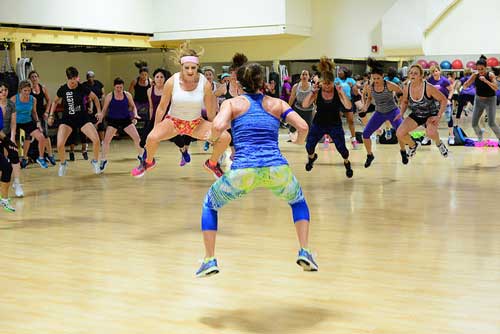 Health and vitality are all about energy, something that every cell needs. Inside your cells are tiny organelles called mitochondria that spend their time churning out energy to keep your body running. It’s mitochondria that make ATP, the energy currency that powers muscle movement as well as all the other activities that take place at the cellular level and beyond. What do they use to produce all of that energy? Mitochondria can’t produce energy out of thin air. Instead, they use the macronutrients from the food you eat – carbohydrates, fats, and protein.

Mitochondrial – The Energy Powerhouse of Your Cells

A growing body of research is focusing attention on mitochondrial health. Why so much interest in these little energy powerhouses? It’s becoming apparent these powerhouses play a key role in health and how we age. As the population grows older, there’s interest in the part mitochondria play in chronic diseases of aging and what people can do to keep their mitochondria healthy.

It’s clear that mitochondria do more than just make ATP: they play a role in vanquishing free radicals, are key regulators of metabolism and vital for cell health. Healthy cells mean healthy tissues and, that in turn, means a healthier body. They even play a role in a process called “apoptosis,” or programmed cell death, a “housekeeping” function used to jettison damaged cells and ones that are no longer needed.

So powerful and important are mitochondria that they contain their own DNA, giving them the ability to replicate and to make some of their own proteins. That makes them pretty special!

The Diseases of Aging

What’s not clear is whether defective mitochondrial biogenesis CAUSES metabolic problems like type 2- diabetes or whether mitochondrial damage is a by-product of poor glucose metabolism, but a number of scientists favor the first option. Research shows people with type 2-diabetes have few mitochondria and more mitochondria that don’t function properly. In fact, a new field of medicine is emerging – mitochondrial medicine. Not only does this area focus on genetic diseases that impact mitochondrial function but target the role they play in metabolic diseases and aging. The key to successful aging could lie inside your cells at the level where these industrious organelles churn out energy.

What Happens to Mitochondria As We Age?

If you were to look at the mitochondria of an older person, you might see the insides look more disorganized than those of a younger person due to damage to the proteins and DNA. Once damaged, they can’t produce as much as energy, and without adequate energy, cells like heart cells and brain cells can’t do their job as efficiently. Brain cells become less able to communicate with one another and heart cells don’t contract with the same degree of force. Everything slows. Ever wonder why older people have less energy and “get up and go?” A decline in mitochondrial energy production is likely to blame.

Now you know why you want healthy mitochondria. So, what can you do to preserve the functioning of your own mitochondria and promote mitochondrial biogenesis, so your cells will have more available energy? Exercise is your best bet. Not only does exercise improve body composition and help with weight loss, but it’s also a powerful stimulus for mitochondrial biogenesis. If you think about it, it makes sense. When you exercise, your energy needs go up. What better way to get those needs met than by making more energy-producing mitochondria?

Endurance exercise such as running or cycling for long periods of time turns on mitochondrial biogenesis, but so does high-intensity interval training. The advantage of HIIT training is you get similar benefits without spending a lot of time doing it. At one time, it was thought you could only increase the number of mitochondria in cells through endurance exercise, but research now shows high-intensity interval training increases mitochondrial density as well. Interestingly, it seems to do it by a pathway that differs from endurance training. Still, it gets the job done.

Another way exercise may help keep your existing mitochondria healthy is by reducing free radical damage. As you may know, exercise ramps up your body’s natural defenses against oxidative stress, giving your body greater ability to quench free radicals that could damage cells and the DNA inside. Mitochondria, because they’re so metabolically active, have the capacity to produce lots of free radicals that can ultimately harm it, leading to its demise, so you need ways to limit the damage. Your own body’s ability to fight free radicals is likely stronger than antioxidants you get from food and exercise ramps up these natural defenses – another reason to exercise.

The best way to maximize the number of mitochondria you have is to work up a sweat by doing HIIT training a few times a week. To maximize mitochondrial biogenesis, you have to continue to challenge your body. If you don’t add an element of challenge, there’s no stimulus for your mitochondria to increase in number. Exercise is the best prescription you have for increasing your cells powerhouse.

Now you have another reason to do vigorous workouts. By doing so, you can increase the number of mitochondria in your cells and turn on your body’s antioxidant defense systems that help keep the mitochondria you have healthy. Doing this could help you avoid chronic diseases associated with aging.

Mitochondrial Health: Why Healthy Mitochondria Are Important and the Role Exercise Plays