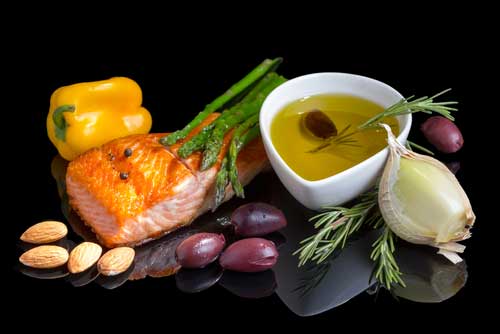 According to the Centers for Disease Control, life expectancy in the United States is rising. Currently, women are living an average of 81 years while men, on average, are approaching their 77th  birthday. That’s a reason to celebrate! But why are Americans living longer?

For one, death rates from major diseases such as cancer, heart disease, diabetes, kidney disease, and infectious disease are slowly declining – but that’s not the only reason. Lifestyle, more specifically diet, is apparently playing a role as well. According to researchers at Harvard, the American diet has improved since 1999 with more Americans making health-conscious dietary choices.

This might come as a surprise considering the confluence of fast food restaurants on the scene. Harvard researchers estimate that making better dietary choices likely saved more than a million people from dying an earlier death.  As researchers point out, this news is encouraging but Americans still have room for improvement. In this study, researchers graded the American diet using the Alternate Healthy Eating Index which ranks diet on a scale of 0 to 110. Where does the average American diet fall on the scale? Around 48, although this is an increase from thirteen years ago when the average diet ranked only a 40.

Although Americans as a whole are eating less red meat, consuming fewer items with trans-fat, drinking fewer soft drinks and eating more whole grains, fruits, and legumes, salt intake has actually increased since 1999. Unfortunately, most Americans STILL aren’t consuming five or more servings of fruits and vegetables daily. Vegetable consumption, in particular, is on the low side. Sadly, French fries are still the number one preferred “veggie.”

The good news is trans-fat is gradually being phased out of the American diet, thanks to the FDA labeling them as no longer “generally accepted as safe.” Unfortunately, it will be a few years before it’s completely removed from the American diet, and some manufacturers may be eligible for exemptions.

Ask people what constitutes a healthy diet and they’ll likely give you different answers. Even dieticians don’t agree on the healthiest way to eat. Is it low-carb? Paleo? Vegetarian? Each of these eating styles has its proponents.

One diet that has plenty of research behind it is the Mediterranean diet, a diet that emphasizes whole foods, particularly fruits, vegetables, whole grains, nuts, fish, and healthy fats like the monounsaturated fats in olive oil. What you won’t find in the Mediterranean diet are processed foods, lots of red meat or foods with added sugar.

The DASH Diet: Another Healthy Approach to Eating and Living Longer

Unlike popular diets that try to restrict major food groups like carbs or fat, the Mediterranean diet is wonderfully diverse, giving you the option of enjoying a wide range of wholesome foods. Another similar diet that also reduces mortality is the DASH diet.

The DASH diet has received its fair share of publicity. In 2014, U.S. News and World Report named it the healthiest diet for the 4th  consecutive year. It’s also a diet endorsed by the American Heart Association.  Like the Mediterranean diet, you can enjoy a wide array of whole foods on a DASH diet and you won’t feel deprived.

It’s an ideal eating plan if you have high blood pressure as well. Research shows the DASH diet can lead to a several point reduction in blood pressure in as little as 14 days. Doctors also prescribe this style of diet to patients with heart disease and kidney disease as a way to slow the progression of these diseases.

Both the Mediterranean diet and the DASH diet help with blood sugar control and have favorable effects on cholesterol.

What these diets all have in common is they emphasize whole foods rather than processed or packaged items. By simply removing processed foods from your diet and eating more whole food sources with plenty of plant-based foods, you can upgrade your health naturally. As you can see, eating a healthy diet doesn’t have to be complicated or complex.

The American diet has slightly improved but still leaves much to be desired. Diet really DOES play a role in health and living longer and two of the healthiest ones are the Mediterranean diet and the DASH diet. Both are similar and offer lots of taste and variety.  So, grab a Mediterranean or DASH cookbook and explore some of the tasty recipes they offer. Neither diets restrict a particular macronutrient like a low-carb or low-fat diet. It’s a sensible approach to healthy eating and one that will lower your risk for a variety of chronic health problems. Enjoy!

Can a Nordic Diet Help You Live Longer?