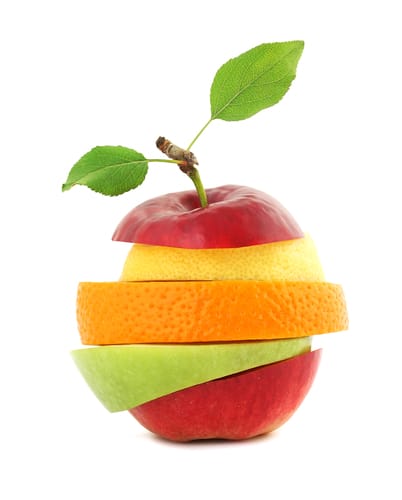 We are constantly reminded to eat plenty of fruits and vegetables, but we are not always told why. As it turns out, one of the major benefits that come with eating lots of fruit is a substantially lowered risk of developing certain kind of cancers. Read on to find out which fruits have the most powerful anti-cancer properties, and to discover which fruits are correlated with a reduction in which cancers.

A study performed by scientific researchers at Cornell University has revealed that rats who are fed one whole apple each day have a risk of developing breast cancer that is around 17% lower than average. Rats who eat three apples on a daily basis lower their risk by up to 39%, and those who eat six apples a day are a staggering 44% less likely to develop breast cancer. Another research project found that rats who eat apple skin extract are around 57% less likely to develop cancers of the liver. Apples are also linked to protection from lung cancer. Specifically, one study performed on ten thousand human subjects discovered that those who eat the largest number of apples per day are around 50% less likely to develop lung cancer. Scientists suspect that the quercetin and naringin in apples are responsible for the anti-cancer benefits of these fruits.

Blueberries contain flavone luteolin, which is thought to have a powerful influence on your likelihood of developing certain reproductive cancers. Women who eat lots of blueberries are roughly 34% less likely to end up suffering from ovarian cancers. In addition, the phytochemicals contained in blueberries may help those already suffering from breast cancer. There are some studies that suggest phytochemicals are capable of slowing (or even stopped) the tumor growth and spread of some of the most fatal forms of breast cancer.

Current research suggests that eating bananas can lower your chances of suffering from kidney cancers. Those who eat at least five bananas each weak are around 50% less likely to develop any form of kidney cancer.

Cherries contain a large amount of vitamin C, and vitamin C is thought to be capable of killing cancerous cells as well as inhibiting their replication. In addition, the antioxidant cyanidin is likely to improve the process of cellular differentiation that our bodies utilize to help get rid of dangerous cancerous cells. Cherries are also rich in fiber, which helps to keep the digestive system healthy and reduces your risk of developing colorectal cancers.

Lemons and limes contain kaempferol, which studies show can reduce the uncontrolled cell division that takes place during the development of cancer. In particular, current research sees kaempferol as strongly linked to a lower risk of breast cancer. Both lemons and limes also contain limonins, which are compounds that can help fight cancers of the breast, stomach, lungs, mouth, and skin. It is thought that the substantial anti-cancer benefits of limonins derive from the fact that limonins stay in the blood for more than 24 hours (while the majority of other anti-carcinogens only stay in the blood for a few short hours).

Grapes contain resveratrol, which studies show can help to suppress the growth of malignant lung, bowel, liver, breast and prostate tumors. You can also find anthocyanins and proanthocyanidins in grapes, and these help to reduce your chances of developing cancer by inhibiting the diffusion of some dangerous carcinogenic chemicals

Cranberries are a particularly good source of antioxidants, which some current research suggests can help to protect our bodies against the free radical damage that is sometimes a precursor to the development of cancerous tumors. So far, research on cranberries suggests particularly strong anti-cancer benefits with respect to the breasts, the prostate, and the lungs.

One cup of sliced mango contains up to 80% of your recommended daily intake of vitamin C, and (as mentioned above) vitamin C can help protect the human body from the possibly carcinogenic damage caused by free radicals. More specifically, mangoes contain pectin, which is a soluble fiber. Scientists believe that pectin helps to lower the risk of developing gastrointestinal cancers.

Papayas are very strongly correlated with a lowered risk of prostate cancer in men. One study revealed that men who eat lots of papayas and drink plenty of green tea may be up to as much as 86% less likely to end up suffering from prostate cancer. Due to the interesting nature of these results, similar studies have been launched. The results of these further studies support the original contention that combining papayas and green tea can have a profound influence on whether a man will develop prostate cancer.

Pineapples are rich in flavonoids, which scientific research shows can help to reduce your likelihood of developing oral and lung cancers. In addition, pineapples contain bromelain, which helps to boost the immune system. The stronger your immune system, the more capable it is of fighting and destroying cancerous tumors.

As the above information suggests, increasing your daily fruit intake is highly likely to reduce your risk of developing many serious forms of cancer. However, the benefits of eating plenty of fruits and vegetables do not stop there. Fruit consumption can help your body in hundreds of important and fascinating ways, so whenever you choose to snack on a piece of fruit you are probably improving and extending your life.

Short, Intense Exercise May Reduce Your Risk of Breast Cancer

Does a Diet High in Sugar Increase the Risk of Cancer?