Stress and Weight Gain: Can Stress Cause You to Get Fat?

Stress and Weight Gain: Can Stress Cause You to Get Fat? 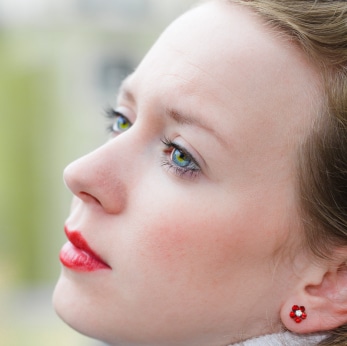 Eating too much and eating the wrong foods can cause you to gain body fat, but there’s growing evidence that stress can also make it more difficult to zip up your jeans. What is the link between stress and weight gain?

Cortisol is produced by the adrenal glands located just above the kidneys. Cortisol levels increase during times of stress, especially when you’re sleep deprived or when you’re not consuming enough calories. People with eating disorders such as anorexia often have chronically elevated levels of cortisol due to calorie restriction. Even prolonged or intense exercise triggers increases the release of cortisol.

Since cortisol is partially involved in energy regulation, not eating enough calories increases its production. When your blood sugar level drops, cortisol helps to mobilize energy resources including fat and carbohydrates. If there aren’t enough glycogen stores to meet the demand for fuel, cortisol taps into protein stores so the liver can convert proteins to glucose for energy. This usually happens during prolonged or intense exercise when you’re not providing your body with enough carbohydrates.

Even though cortisol breaks down fat stores, it has the less than desirable effect of depositing fat around your tummy and deep in your abdominal cavity as visceral fat. Visceral fat is the most dangerous type of fat since it increases the risk of heart disease and type 2 diabetes. Cortisol directly contributes to belly fat, and people with high cortisol production usually carry much of their weight around their waistline and tummy.

Cortisol contributes to weight gain and belly fat in another way. It increases cravings for sweet foods that are high in carbs. Cortisol partially accounts for why people who are under stress snack more on carby foods and eat more in general. Cortisol boosts appetite in an attempt to fuel the body with the glucose it needs to deal with a stressful situation.

Stress and Weight Gain: Another Way Stress Packs on the Pounds

There’s another way stress causes weight gain. In mice, researchers discovered that chronic stress stimulates the release of a molecule called neuropeptide Y or NPY. NPY activates receptors on fat cells that cause them to grow and multiply, especially in the tummy area. They were able to block these receptors in mice. When they did, the mice reduced their abdominal fat stores by 40%.

Unfortunately, there isn’t a drug that can block the receptors that activate fat cells in humans yet. So, the best option is to find ways to reduce stress to help ward off stress-related weight gain and belly fat. Yoga, Tai Chi, and other mind-body exercises may not be big calorie burners, but they help to reduce stress and lower cortisol levels. Meditation is also an exercise that helps to bring down cortisol levels. Low-intensity exercise like walking outdoors at a leisurely pace is one of the best ways to reduce cortisol.

Stress does contribute to weight gain, especially weight gain in the abdominal region. It can also increase carb cravings. If you have problems dealing with stress, add some mind-body exercises to your fitness routine like my new Yoga Max and Yoga Relax videos. It may not burn as many calories as some of my other workouts, but it could keep your tummy and waistline trimmer.

Overstimulated and Overstressed: How Adrenal Fatigue Leads to Depression, Weight Gain, and Disease