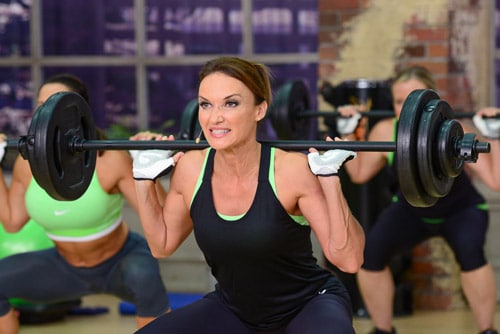 Strength equates with increased functionality and that’s important as you age. Some studies even show a link between strength and mortality. For example, one study found that people with lower grip strength were at higher risk of dying prematurely. That’s why everyone, regardless of age and gender, should engage in strength training. More men than women train for strength, partially because some women fear getting stronger will make them bulky. Not so, unless you happen to have a high testosterone level., on par with a man. In reality, getting stronger means being more capable and in control of your life. Strength training builds self-esteem along with a myriad of health benefits including:

·       Improvements in some joint and musculoskeletal conditions, such as fibromyalgia

What you might not realize is you become stronger through training in two ways. Let’s look at each and how the way you train impacts each one.

You probably equate greater strength with big muscles but that’s only one way your body adapts to make you stronger. When you first start strength training, your muscles become capable of generating more force due to neural adaptations, changes that involve your brain and nervous system.

When you first started strength training, you may have discovered that you were stronger after 6 to 8 weeks of training. Although your muscles were no larger in size, you were able to lift more weight and do more reps. Those changes come from neural adaptations and are independent of muscle size.

What happens is, in response to training, your brain learns to recruit more motor units. This, in turn, activates more agonist muscle fibers, the ones doing the job of lifting that weight. Your brain is essentially forcing more muscle fibers to “chip in” and help with the lifting. More muscle fiber recruitment means you can generate more force. At the same time, recruitment of motor units and fibers becomes more synchronized and rhythmic, so that muscle fibers work better as a team. Your brain and nervous system are teaching your muscles to work in closer synchrony.

You also have proprioceptive organs called Golgi tendon organs, also known as GTOs. Golgi tendon organs monitor how much tension a muscle generates when it contracts. If it perceives the tension is too great, it reflexively relaxes. As you start to strength train regularly, the Golgi tendon organs “lighten up” a bit and lower their threshold for firing. This allows a muscle to generate more tension before the GTO kicks in and tells it to relax. So, you become capable of generating more force.

Neural gains precede gains in muscle size by several weeks, but as you keep training, neural gains slow down and changes to the muscles themselves take place. In response to consistent strength training, new myofilaments, or contractile elements, form inside muscle fibers and the fibers grow in size. Because muscle fibers have more contractile elements, the muscle can generate more force than before. Plus the muscle has a larger cross-sectional area, allowing it to handle a greater load.

The degree to which you can increase the strength and size of your muscles is influenced by factors like gender, age, and genetics. Females and older people are more limited in the gains they can make, partially due to differences in hormonal make-up. Diet, of course, is also a factor. You have to feed muscles to get them to grow.

How you train is important too. If your primary goal is to build strength, lifting at a high percentage of your one-rep max (80 to 90%) and taking longer rest periods between sets (2 to 4 minutes) maximizes strength gains. Lighter weights (60 to 80% of one-rep max) and higher volume favors hypertrophy. Once you’ve been training for 8 weeks or more and your adaptations are no longer mainly neural, doing some sets to failure may help you gain more strength and size.

The problem with training to failure is it leads to increased muscle damage as well as central fatigue, meaning your brain and nervous system get pooped out too. That’s why doing it during the early stages of strength training can interfere with neural gains. If you train to failure, don’t do it during the first two months of training. Even after, don’t do it for more than 2 or 3 sets during each workout. You should also avoid doing it for certain exercises where the risk of injury is higher, like deadlifts, squats, and military press. You don’t have to train to failure to become stronger.

Now you know the two ways that muscles become stronger. One occurs early in the course of training and the other corresponds more closely to muscle hypertrophy. Training to failure isn’t the best approach early in training and, even, later on, don’t do it for every set.

One thought on “Strength Training: 2 Ways Your Muscles Become Stronger and How Training Impacts Each”