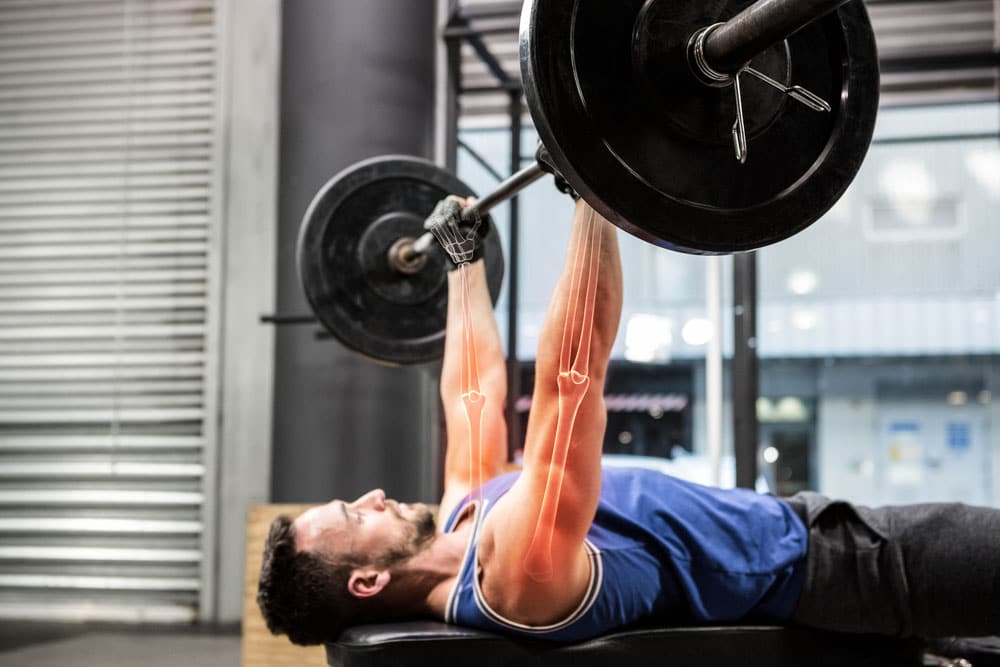 You may have heard that high-impact exercise is best for preserving bone density. High-impact exercise is movements where both feet leave the ground such as jumping and running. When you do plyometric workouts, jump rope, step training, or sprint, your body hits the floor with force, and the stress on your bones is strong enough to stimulate new bone formation.

Another type of exercise, resistance training, is not high-impact. Instead, you’re working your muscles against resistance. Research shows that this type of training also helps preserve bone density and it has the added benefit of building muscle. That’s important since we lose bone and muscle mass as we age. You might wonder whether resistance training is as effective at retaining bone as high-impact exercise?

Why Bone Preservation is So Important

Once you reach the age of 30, you’ve formed most of the bone mass you’ll have throughout your life. After you’ve built your skeleton, the focus turns to maintaining what you have. During late adolescent and early adulthood, your body forms new bone tissue faster than it resorbs or breaks it down, so you get a net increase in bone mass. After 30, the balance shifts and you begin to break down more bone than your body makes. This contributes to a net loss of bone tissue. When bone loss is excessive, it leads to osteoporosis, brittle bones that break easily. One of the most serious consequences of osteoporosis is a hip fracture, an event that can be life-changing and is linked with a high risk of mortality in older adults.

Fortunately, lifestyle can help you maintain more of this bone and exercise is a major factor. In fact, a lack of exercise is a risk factor for osteoporosis and ranks up there with genetic factors. So, staying physically active is one of the most important things you can do to preserve bone tissue as you age.

Is Resistance Training as Effective as Aerobic Exercise?

Some forms of aerobic exercise, like cycling and swimming, have little impact on bone health. In fact, some studies show that regular cycling, a type of non-impact exercise, is associated with lower bone density. In one study that looked at 32 competitive cycling athletes and compared them to active men who weren’t competitive cyclists, the cyclists had a substantially lower bone density in their spines. So, not all exercise has equally beneficial effects on bone.

But, what about resistance training? Studies show that resistance training can stimulate bone growth, as long as you train at a high enough intensity. How does resistance training help? When muscles contract, they pull on tendons and the tendon, in turn, pull on bones. The pulling action slightly bends the bone and, if the bend is forceful enough, it stimulates the laydown of new bone tissue. The key is to lift with enough resistance. Using light weights doesn’t cause enough “pulling” action to stimulate new bone formation.

In fact, there’s something called the minimal essential strain or MES. This refers to the amount of force you have to place on a muscle to the underlying bone to lay down new tissue. It turns out that the MES is roughly equivalent to 10% of the force you would need to fracture the bone. In terms of lifting, you need a resistance of between 80 to 90% of your one-rep max to cross the MES threshold. So, light weights won’t help you lay down new bone and are minimally effective or not effective at all for preserving bone health.

Keep in mind that only the areas you train will experience benefits. Doing overhead presses and biceps curls won’t boost bone density in your hips. That’s why full-body resistance training with an emphasis on compound exercises is best for maximizing bone health.

You probably think that running is most effective for preserving bone due to its high-impact nature. Yet, studies show that bodybuilders typically have higher bone mineral densities than runners. Part of this difference could be nutritional as some runners, especially women, experience bone loss due to overtraining and insufficient calorie intake.

A study carried out by researchers at the University of Missouri found, as you might expect, male runners had greater bone density in their spine relative to cyclists. When they compared guys who resistance trained, runners, and cyclists, the men who engaged in resistance training had higher bone density. But, when the researchers controlled for lean body mass, the leaner runners actually had bones that were as strong as the weight trainers. So, running may actually have a slight edge over resistance training for preserving bone mass when you account for lean body mass.

Based on this, the researchers point out that cyclists who get most of their aerobic exercise in a non-impact manner would do well to add resistance training to their routine since cycling does not preserve bone health. How about runners? Although runners need to strength train for other reasons, they’re probably getting most of the bone stimulation they need by pounding the pavement. However, some studies suggest that plyometric type moves where the body turns and changes position as the feet leave the ground may be more effective for new bone laydown than moderate-intensity running where you’re doing the same movement over and over.

What does this mean in practical terms? You can preserve the health of your bones in more than one way – high-impact exercise, like running, or high-resistance weight training. However, cycling and swimming are low-impact forms of exercise and do little to stimulate the laydown of new bone tissue. Make sure you’re doing some form of exercise that DOES stimulate your bones. If you avoid high-impact exercise, you definitely need weight training to preserve bone health. If you do high-impact exercise, you’re probably already stimulating bone growth, but you still need resistance training to preserve muscle mass. So, why not do some of both?

Are Certain Types of Exercise Bad for Bone Health?

The 3 Best Types of Exercise for Bone Health