Raw Spinach vs. Cooked Spinach: Which Is Healthier?

Raw Spinach vs. Cooked Spinach: Which Is Healthier? 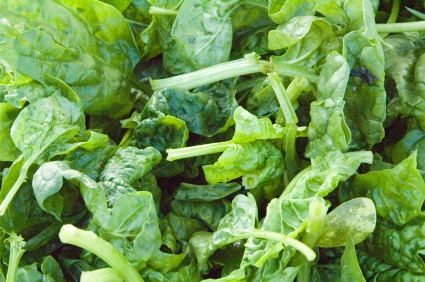 Popeye knew the health benefits of spinach. He ate it raw – to become big and strong. Was Popeye right, or are you better off cooking spinach to maximize its health benefits?

The Health Benefits of Spinach

A single cup of raw spinach supplies half of the RDA for vitamin A – and it’s full of vitamin K, a vitamin that’s important for building strong bones. It’s also a good source of folate, vitamin C, magnesium, and iron. It has no saturated fat, is low in carbohydrates, and has only seven calories per cup. It’s also loaded with antioxidants to protect cells from free-radical damage. What’s not to love about this leafy, green veggie?

Raw Spinach vs. Cooked Spinach: Is One Better Than the Other?

If you have a history of kidney stones, eat spinach cooked – not raw. Spinach has substantial amounts of oxalates – natural plant compounds that combine with calcium to form kidney stones in susceptible individuals. People who have a history of gout, thyroid disease, or rheumatoid arthritis should also limit the amount of raw spinach they eat.

Should You Eat Raw Spinach: The Bottom Line?

People who are sensitive to oxalates, including those with a history of kidney stones, gout, rheumatoid arthritis, or thyroid disease, shouldn’t eat raw spinach – and should limit the amount of cooked spinach they eat since heat doesn’t destroy all of the oxalates. Even those who aren’t sensitive to oxalates should be aware that eating raw spinach reduces mineral absorption such as calcium and iron

Get the health benefits of spinach by eating cooked spinach if you’re not sensitive to oxalates. If you’re oxalate sensitive, don’t eat raw spinach and limit yourself to only small quantities of cooked spinach.

Health and Nutritional Benefits of Spinach