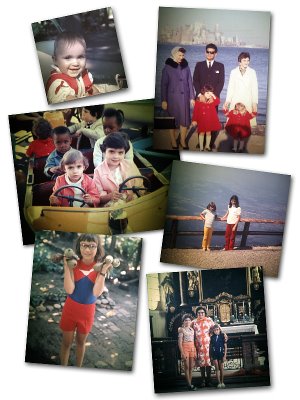 We thought it would be kind of fun to let you see what Cathe looked like during her early years.

Top Left:
Cathe about 6 months old in her Dirndl (A traditional German dress)
Middle Left:
Cathe (left) with her older sister at a carnival in Nova Scotia.
Bottom Left:
Proof positive that Cathe invented weightlifting. Dumbbells weren’t invented yet, so Cathe had to use fruit.