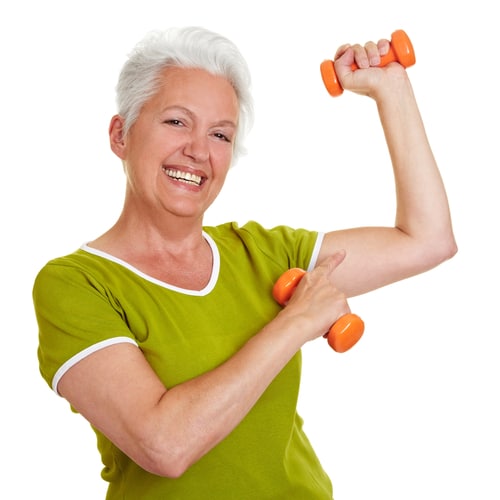 Eat more fish. That’s become the mantra recently as the health benefits of eating fish low in mercury and other contaminants are discovered. Not only is fish low in calories, as long as you don’t fry it or douse it in butter or a creamy sauce, it’s also a good source of omega-3 fatty acids, “good” fats that reduce the inflammation, including inflammation in arteries that can lead to a heart attack or stroke. Now new research points to another possible benefit of a diet rich in omega-3s – it could slow down the aging process.

According to a new study published in Brain, Behavior, and Immunity, adding more omega-3-rich foods to your diet may change segments of DNA inside white blood cells called telomeres. Telomeres are small caps at the ends of DNA, the cell’s genetic material, that protect it when it’s replicating. Telomeres become shorter with age and shorter ones are linked with age-related diseases and more rapid aging. So how are omega-3 related to telomeres?

Researchers at Ohio State University found that participants that had greater levels of omega-3 fatty acids relative to omega-6 fatty acids, a less healthy type of fatty acid that people who eat a processed food diet get more of, had longer telomeres. They also had lower levels of compounds called F2-isoprostanes that are linked with oxidative stress.

It’s not surprising that oxidative stress levels were lower in those with higher omega-3 levels since omega-3s reduce inflammation. What’s more surprising is that higher omega-3 levels were associated with telomere length. Since oxidative stress and short telomeres are linked with age-related diseases such as Alzheimer’s disease, type 2 diabetes, and heart disease, researchers speculate that getting more omega-3s through diet or supplements could keep these common health threats at bay, although more research is needed.

The Importance of a Healthy Omega-6 to Omega-3 Ratio

Research suggests that humans in the past got roughly equal amounts of omega-6 and omega-3 fatty acids in their diet. In modern society that ratio has climbed to about 15 to 1, a ratio that some experts believe contributes to a greater risk of age-related diseases. Omega-3 fatty acids are anti-inflammatory, but omega-6 ones promote inflammation, and, according to this study, are linked with shorter telomeres. Omega-6s are found in high concentrations in certain cooking oils like soybean oil and corn oil that are used to manufacture processed foods like crackers, cookies, chips and packaged desserts. In contrast, the best source of omega-3s is fatty fish like salmon, sardines, mackerel, tuna, and halibut. Eliminating processed foods and eating fatty fish twice a week would have a significant impact on most people’s omega-6 to omega-3 ratio – and one that’s definitely positive.

It’s not possible to show a cause and effect here. Just because people with higher omega-3 levels had longer telomeres doesn’t necessarily show cause and effect. Still, it’s likely that increasing the amount of omega-3s to omega-6s in your diet will have health benefits.

Some recent studies have called the benefits of omega-3s to reduce the risk of heart disease into question, although many experts believe this data is flawed, especially after a more recent study linked omega-3s with a lower risk of heart failure. What’s most important is the ratio of omega-6 to omega-3s in your diet. Reducing omega-6s by eliminating unhealthy processed foods in your diet and adding more omega-3s from fatty fish should have health benefits and may even ward off some diseases that are linked with aging. Sounds like a good reason to eat more wild-caught salmon and other fish that are low in mercury, doesn’t it?

Do Omega-3 Fatty Acids Speed Up Muscle Recovery After Exercise?