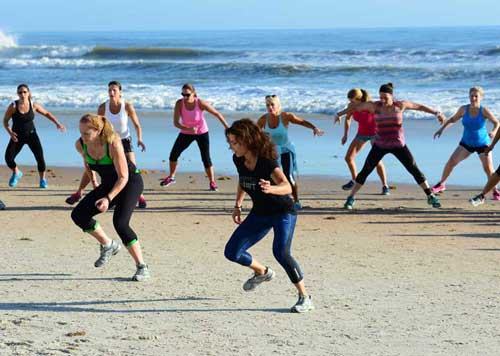 What kind of environment do you spend your time in during the day? Do you work in a cramped, dark office with little natural light or an office with a big window that lets the sunshine in? It could make a difference when it comes to your health.

A study carried out at Northwestern Medicine and the University of Illinois at Urbana-Champaign showed exposure to natural light during the day may be a factor when it comes to your mental and physical health.

In this study, almost 50 employees filled out a health questionnaire asking about their quality of life, general health, and sleep patterns. Some of the employees worked in settings with windows that let natural light in. Others carried out their job in a windowless environment with little light coming in from the outside. The workers wore a special device that measured their exposure to light and activity level over the course of the study.

Employees who worked in an environment without windows or exposure to natural light reported more problems sleeping at night and felt more sluggish when they were awake. In fact, employees who enjoyed more natural light slept an average of 46 minutes longer than their light-deprived counterparts.  They were also less active compared to employees exposed to natural light over the course of the day. The light-deficient employees also had a poorer quality of life based on answers to their questionnaires.

This study is part of a growing body of evidence showing the role light plays in health and how we feel. Exposure to light influences circadian rhythms, bodily changes that take place in cycles over a 24 hour period. Circadian rhythms coordinate a number of bodily functions including the release of hormones, body temperature regulation, and the sleep-wake cycle. Disturbances in circadian rhythms have been linked with health problems including depression, diabetes, insomnia, and obesity.

How does this all work? In your brain, you have a “master clock,” that controls your body’s circadian rhythms. This master clock gets input from light hitting the retina in the back of your eyes and uses this information to set or reset your circadian rhythms.  For optimal health, you want your eyes exposed to light during the day and total darkness at night. According to Phyllis Zee, M.D, a neurologist and sleep specialist at Northwestern, exposure to natural light in the morning may be especially important for health and well-being.

A study carried out at Northwestern University showed a strong correlation between exposure to light in the morning and BMI. Participants exposed to light in the early morning hours had lower BMIs than those who got their first exposure later in the morning. The earlier natural light exposure took place the better. The link between early light exposure and BMI persisted even when they considered other factors that influence body weight like diet, sleep duration, age, quantity of exercise, and time of year.

Why would such a link exist? Researchers believe not exposing your eyes to light early in the day sends the wrong message to the master clock in your brain. Based on this input, it resets natural circadian rhythms. This leads to changes in hormones that control hunger and metabolism.

Light Influences Your Health in Other Ways

Shift workers, who work second and third shifts, have limited light exposure during the day. Instead, they have exposure to light at night, when the natural response is to sleep. A number of studies show shift workers are at greater risk for a variety of health problems including breast cancer, type 2 diabetes, digestive issues, and depression. As you might expect, sleep problems are common among shift workers. Working night shifts creates a shift in circadian rhythms that have a negative impact on health.

Seeing natural light is also a mood elevator.  Research shows exposure to natural light during the day could help people who suffer from depression. Timing is important since light exposure at night, even small amounts, is linked with a greater risk for depression and other health problems as well. A form of seasonal depression called seasonal affective disorder is directly related to a lack of light exposure during the winter. Special lamps that mimic natural light are available to treat this common problem.

Increase Your Exposure to Natural Light

In the best of all possible worlds, we’d rise as the sun comes up to maximize morning light exposure and turn in as the sun goes down to avoid exposure to light at night. Unfortunately, it’s not as easy in modern society. Here are some things you can do:

Keep your bedroom as dark as possible. Cover electronic devices with a towel so you can’t see the light from them. Blue light from these devices is the most likely to disrupt circadian rhythm.

Open up the shades as wide as possible as soon as you wake up to expose your eyes to natural light.

Take a 10-minute walk outdoors in the morning or at lunch.

Maximize the amount of light exposure you get from the time you wake up to the noon hour.

If possible, put your desk in front of a window.

Turn in as early as possible in the evening. Don’t hang out in front of the computer or use other electronic devices that emit blue light. Go to bed earlier and get up earlier.

Getting more natural light during the day can improve your mood, make it easier to control your body weight and, potentially, lower your risk for health problems. Throw open the curtains and let your eyes soak up the sunlight.

Medical Press. “People exposed to earlier sunlight are leaner than those who get afternoon light”

PLOS One. “Timing and Intensity of Light Correlate with Body Weight in Adults”

Institute for Work and Health. “Shift work and health: What is the research telling us?”

The Impact of Light on Outcomes in Healthcare Settings. Anjali Joseph, Ph.D., Director of Research, The Center for Health Design. August 2006.

Light Exposure and Body Weight: Is There a Link?

Winter Weight Gain: Why You Eat More in the Winter and How to Avoid It