Does It Matter What Time of Day You Exercise?

Does It Matter What Time of Day You Exercise? 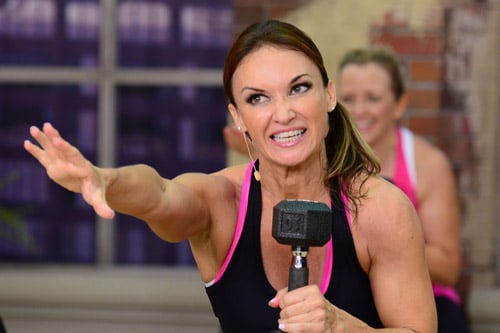 What is your preferred time to exercise? If you’re a morning person, you might lace up your exercise shoes well before the sun comes up and be in the shower before the first rays of sunlight poke through the clouds. If you’re hardly functional until 9:00 AM, you probably delay your workout until later in the day.

Preferences aside – is one time better than the other? According to a new study in mice, your biological clock may play a role in how your muscles function during a workout. This study, carried out by researchers at Northwestern University, showed that cells, even muscle cells, are influenced by the internal biological clock that directs most of the chemical reactions and hormone release within your body. They made this discovery by having mice exercise at different times of day and by mutating the biological clock within their muscle cells.

What they found was altering the activity of the biological clock within muscle cells changes the efficiency with which muscle cells access energy. As you know, muscles require ATP for contraction. During steady-state exercise at low or moderate intensity, muscle cells can use aerobic pathways (oxygen-requiring pathways) and fat as a primary source of fuel. However, if you increase the intensity, your muscles are forced to use anaerobic energy pathways since oxygen delivery to the muscle slows. Anaerobic energy pathways use glucose rather than fat as fuel.

Here’s where it gets interesting. The mice in this study were less able to make the switch from using aerobic pathways for energy to anaerobic pathways when their muscle biological clock was altered. When a mouse or human can’t make this switch, the capacity for high-intensity exercise greatly decreases. Based on the results, the researchers believe that exercising at certain times over a 24-hour period may impact the muscle biological clock and reduce exercise capacity. In this case, when mice exercised during the day, their exercise capacity declined. Mice are normally nocturnal animals and are active at night and sleep during the day. This would be similar to a human working out late at night or in the wee morning hours when most of us are sleeping.

So, if this study holds true for humans too, the worst time to do a high-intensity workout is late at night or in the wee hours of the morning when you would normally sleep. It’s unlikely that many people do this, although you might have to if you work third shift or have another schedule that forces you to exercise when you would normally be sleeping. Your exercise capacity might take a dive. Keep in mind that this hasn’t really been tested in humans.

Strength Training and Time of Day

This study suggests that it’s best to work out during daylight hours rather than at times you would normally sleep but that still leaves a lot of latitude. Should you strength train in the morning, after work, or before bedtime? In some cases, you might not have a choice. Your schedule may dictate when you train. However, if you do have a choice, here’s what you should know.

Everything else being equal, the best time to strength train is in the late afternoon or early evening, not the morning. Why should you save your workout for later? When you first wake up, your core body temperature is at its lowest point of the day and your muscles are cold and stiff from inactivity. Your core body temperature rises throughout the day before peaking in the early evening. As a result, your risk of injury is higher in the morning than it will be later in the day after you’ve moved around more and your body temperature has risen. If you have no choice but to lift in the morning, do a longer warm-up, at least 10 minutes in length, to heat up your muscles up first. Don’t risk an injury.

Another factor that works in your favor if you train later in the day is your hormonal balance. Levels of testosterone peak in the late afternoon and early evening while cortisol is highest in the morning and drops over the course of the day. It reaches its lowest value in the early evening. A higher ratio of testosterone to cortisol may be favorable for building strength and muscle mass since testosterone is anabolic and cortisol is catabolic. It’s still not clear whether a higher testosterone to cortisol ratio when you train affects performance or muscle gains, although some research suggests that it does.

Other Forms of Training

For agility training, the afternoon is best since that’s when your reaction time is quickest. The afternoon, too, is optimal for endurance exercise since your core body temperature is higher for better performance and lower risk of injury. If you do endurance exercise in the morning, you’ll perform best if you avoid high-intensity training, like HIIT. Yoga workouts are another type of workout that’s best later in the day since flexibility is lowest in the morning since your muscles are cold and stiff.

Although it appears that late afternoon or early evening is optimal for strength training, choose a time that you’ll stick with and be consistent. Mornings still work best for many people since you get it out of the way before another busy day starts. Besides, a pulse-raising workout energizes you and helps you break out of the fog you’re in when you first wake up. Take this information into account but ultimately you should choose what works with your schedule and will make it the easiest to get the job done. That’s what’s most important, right?

Bayesian Bodybuilding. “The Best Time to Work Out: Use Your Biorhythm for 84% More Muscle”

When is the Best Time of Day to Strength Train?

Weight Training: 5 Reasons Why You’re Stronger Some Days Than Others

Perceived Exertion: Are There Ways to Make Exercise Feel Easier?