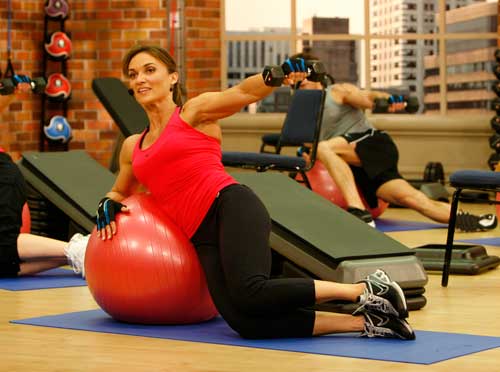 Your brain is a powerful organ. So much of what you achieve is determined by your mindset and what you THINK you can do. While that may sound like psycho mumbo jumbo, science supports this idea. Interestingly, research suggests our minds are even a limiting factor in terms of strength and how much we can lift and athletic performance.  In a sense, your unconscious mind is directing your life, although you might not be aware of it.

You’ve heard of placebos. They’re substances made of inert substances like starch or sugar, not medications that have no real effect on the human body. The act of taking a placebo or “sugar pill” that a person THINKS has benefits can sometimes bring about the desired outcome. For example, a person who takes a pill they believe is a pain-killer may feel less pain taking it. A pill creates an expectation that something will happen and the mind fulfills it. The effects of a placebo are based on mindset and belief – and belief can be powerful. So powerful that most people don’t reach their true potential, in whatever endeavor they undertake, because their mind limits them.

What’s interesting is research shows placebos can make people stronger. In one study, researchers told competitive powerlifters they were taking a steroid that would improve their strength performance. Instead, the participants took a sugar pill. Despite a lack of steroids or any other performance enhancer in the pills, the powerlifters were able to lift 4% heavier.

When someone performs better or gets a particular outcome while taking a placebo, it’s called the placebo effect. Research even suggests some of the physiological benefits of exercise may be due to this phenomenon. In a study carried out at Harvard University, researchers told a group of hotel attendants the work they did qualified as exercise and met the guidelines for an active lifestyle. They told another group nothing. After four weeks, the group who believed they were leading an active lifestyle and getting the recommended amount of exercise had measurable physiological changes, including a decrease in body fat, waist size, and a reduction in blood pressure.

You might think the improvements the attendants experienced reflected behavioral changes they made outside of work, but the participants denied altering their exercise or eating habits over the course of the study. It’s still POSSIBLE behavior changes played a role since the participants weren’t closely monitored, but as the researchers in this study point out it’s hard for most people to make significant lifestyle changes or alter their lifestyle enough to explain the benefits they experienced. Instead, they believe, in this case, changes in mindset and belief were responsible for the health improvements. Pretty powerful stuff – mindset having the capability of altering physiological function.

Sometimes our minds work against us through limiting beliefs. For example, have you ever heard someone say they’re too old to lift weights or work out? It becomes a self-fulfilling prophecy. In reality, researchers have gone into nursing homes and taught elderly men and women to lift weights and build strength and lean body mass. Some residents who were previously confined to wheelchairs were able to get up again thanks to the strength and power they gained.

What about individuals who in an emergency situation can lift a 4,000 car off of a child? Somewhere inside lie strength reserves we don’t even know we have. Not that you want to push yourself to an extreme every time you work out, but it doesn’t hurt to drive a little harder on occasion to see what you’re capable of.

When you weight train – what do YOU think about? If you’re focusing on the weight, making the muscles you’re using the focal point may deliver better results. The worst thing you can do is let your mind wander, thinking about how much workout time you have left or what you’re having for lunch. If you learn to focus in on the muscles you’re working with laser-like precision, as this study shows, you may get more muscle activation and, in turn, better results. Don’t forget, you become stronger in the first two weeks of strength training, long before your muscles increase in size. You can thank your brain for that. The initial adaptations to weight training are neurological adaptations – increased firing and coordination of motor units that cause the muscles to work better together against resistance.

Now that you know how powerful your mind can be, why not use it to get stronger? As mentioned, don’t let your mind wander when you’re training – focus on the muscle you’re working. Spend time before you pick up the weights, seeing yourself lifting more than you’re accustomed to or doing more reps. Remind yourself that you’re capable and that you can accomplish any goal you set out to do. Visualization and positive self-talk are powerful ways to help you get stronger. All sports, including strength training, have a mental component.

If you’re still not convinced that mind power matters, a study involving 30 university athletes might change your mind. Athletes were divided into three groups. One group physically trained their hip flexor muscles using weight machines. A second group mentally worked their hip flexors using visualization but did no physical exercise. A third group did neither. The group that did physically training experienced a 28% increase in hip flexor strength. The group who trained using their minds? They gained 24% hip flexor strength. What if you trained both mentally AND physically? Something to think about.

Physiology of Sport and Exercise. by W. Larry Kenney and Jack Wilmore. (2015)

Psychology Today. “Weight Training? Put Your Mind to It”

Are Mental Blocks Keeping You from Getting Your Fittest?

What Role Does Mindset Play in Weight Loss and Fitness Success?

The Power of Thought: Does Thinking About Exercise Give You More Motivation to Do It?

How Mindfulness Meditation Can Help You with Weight Training