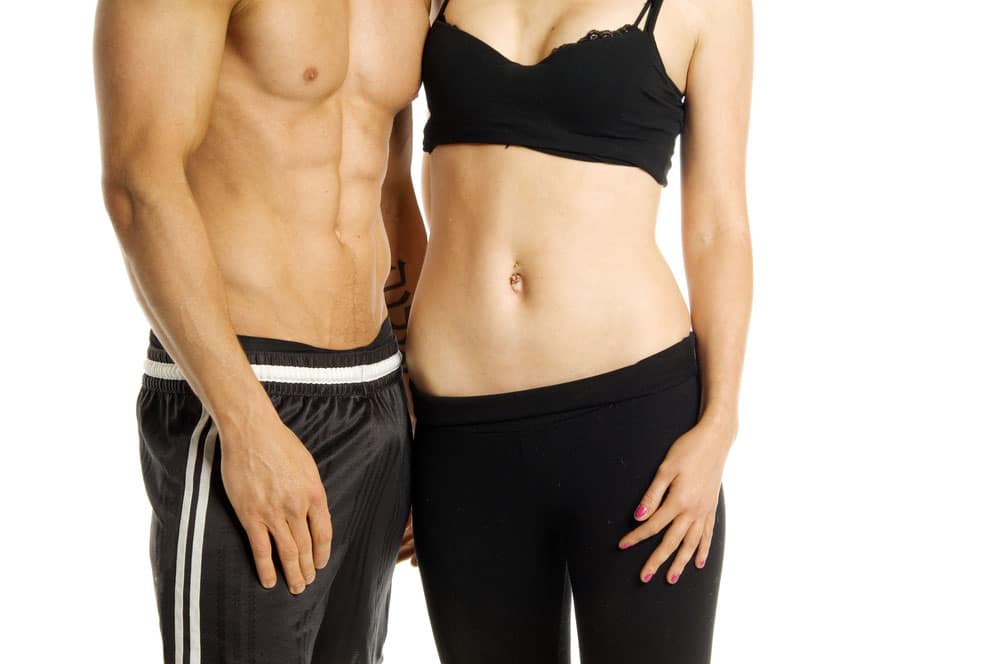 Is it easier for men to lose weight than it is for women? It might seem that men have an advantage when it comes to shedding extra weight. They make a few changes to their diet and work a little longer and the pounds seem to melt off. In contrast, many women struggle to get lean and seemingly put in more effort to lose less. How unfair!   But does science really support the idea that men have a weight loss advantage?

According to a study published in the journal Diabetes, Obesity, and Metabolism, men do have a modest advantage when it comes to getting lean. As part of a study, researchers asked more than 2,000 overweight men and women to go on a calorie-restricted diet. The participants, who were prediabetic ate an 800- calorie diet that included a variety of low-calorie foods. As expected, both the guys and gals in the study lost weight, but the men lost more. In fact, they lost 16% more weight than the women did. This study is consistent with other studies that looked at differences in weight loss between men and women. A meta-analysis looks at multiple studies on a single topic. Due to the larger number of pooled studies, their conclusions are often more reliable than the results of a single study.

Here’s what one such meta-analysis showed. This study published in Obesity Reviews looked at 58 randomized-controlled weight loss studies that compared weight loss in men relative to women in response to a low-calorie diet. Eighty percent of the studies they looked at found that men lost more weight than women when they were in a similar calorie deficit. This was true regardless of the type of diet the two genders used to lose weight.

Do Men Get More Health Benefits When They Lose Weight?

What else do we know about the differences in weight loss between men and women? Interestingly, a study published in Diabetes, Obesity, and Metabolism found that men experienced potentially greater health benefits from the weight they lost than women. For one, guys lose more visceral abdominal fat, a deep type of tummy fat that’s strongly linked with chronic health problems, like type 2 diabetes and cardiovascular disease.

In contrast, women shed more fat around their hips and thighs. Fat in these regions is usually subcutaneous fat, the type you can easily pinch. This type of fat is not as strongly linked with health problems as visceral fat is. The women in the study also had a greater drop in HDL-cholesterol, the type of cholesterol that may be beneficial for heart health.

On the plus side, 35% of the men and women experienced a significant drop in blood glucose in response to the weight they lost. In fact, they were able to get back into the normal range and were no longer classified as pre-diabetic. So, both men and women in the study experienced benefits from losing weight, but the benefits were greater in the men and the loss of muscle and bone mineral density in the women raises some red flags.

Why Do Men Lose Weight Faster?

It’s not clear why men have a weight loss advantage. One possibility is they naturally have more muscle relative to fat and muscle is more metabolically active. Plus, they have a larger build. This gives them an advantage, at least short term. However, some research suggests that men have a weight loss advantage but this advantage “evens up” over time. In other words, men lose weight faster in the beginning, but over a longer period, the difference narrows. Women catch up with men in the long term.

In one study, men and women were both put on a commercial weight-loss diet. At the two-month point, the guys had lost three times the body fat as the women and twice the total body weight. Sounds unfair, doesn’t it? However, at six months, the losses in body fat and total body weight were similar. So, men have a weight loss advantage initially, but they don’t necessarily retain that advantage longer term.

What Can Women Do to Even Things Up Even More?

If anything, these studies show how important it is for women to exercise and that includes strength training. Having more muscle mass gives you a slight metabolic advantage, as muscle is more metabolically active than fat.  Also, tame the tendency to eat when you’re stressed. Women are more likely to snack on sugary foods when under stress than men. In fact, women have a more pronounced emotional reaction to food. When researchers scanned three brains of men and women who had been fasting, the women’s brains lit up more than the men in areas involved in emotional regulation. Keep a food journal to identify when you’re eating mindlessly and eating out of boredom or in response to stress.

Despite not losing weight as quickly initially, women have some health advantages because of where they store body fat. Visceral fat is the riskiest kind in terms of health risks, and men are more prone to develop visceral fat than women. That’s why you see so many older men who look relatively lean in the legs but have a big waistline and protruding belly. Visceral fat is inflammatory and the inflammation triggers problems like insulin resistance. In contrast, women store more body fat in the lower body. Storing fat in hips and thighs is safer from a health standpoint since it doesn’t produce inflammatory chemicals as deep belly fat does.

·        Diabetes, Obesity, and Metabolism. “Men and women respond differently to rapid weight loss: Metabolic outcomes of a multi-center intervention study after a low‐energy diet in 2500 overweight, individuals with pre‐diabetes” August 8, 2018.

Why Women Have More Problems Lowering Their Body Fat Than Men

What Role Does Estrogen Play in Muscle Strength?

Estrogen, Menopause, and Weight Gain: Is Estrogen a Friend or Foe for Maintaining a Healthy Body Composition?