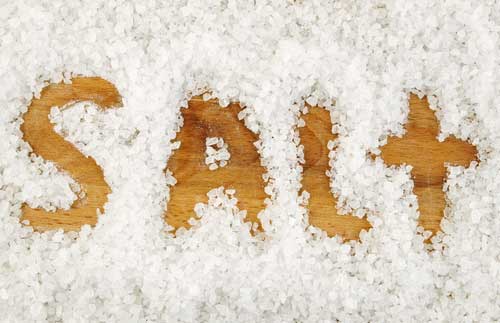 Most people get more sodium in their diet than they need – and sometimes enough to cause health problems. Americans have a love affair with the salt shaker because it’s an inexpensive way to add taste to food. The average American doesn’t need more salt, but athletes, marathon runners, and people who work out for long periods of time in the heat do. Without replacing the sodium they lose through sweating, an athlete can develop a dangerous shortfall of sodium, a condition called hyponatremia.

Hyponatremia and Exercise: The Importance of Getting Enough Sodium

Most athletes drink water during their workout because they understand the importance of staying hydrated. But athletes lose more than just water when they sweat. They also lose sodium and chloride. Guzzling water during a long workout in a hot environment not only doesn’t replace the sodium lost through sweating, but it can also make the problem worse by diluting out the body’s existing sodium stores.

Hyponatremia is a common problem among marathon runners. One study showed that 13% of marathon runners had hyponatremia by the time they reached the finish line. Why is hyponatremia so dangerous? When sodium levels drop, it causes cells to swell. This is particularly dangerous when it involves brain cells, and it can lead to death.

How do you know if you’re in danger? Signs and symptoms of hyponatremia include headache, nausea, muscle cramps, vomiting, irritability, disorientation, seizures, and coma. Who’s most at risk? Women, people with a low BMI, athletes who aren’t well-conditioned and those who drink large quantities of water while exercising without replacing salt are at greatest risk.

You’re also at higher risk if you use certain medications. These include non-steroidal anti-inflammatory medications, aspirin, ibuprofen, diuretics and some medications used to treat psychiatric disorders.

How Can You Avoid Hyponatremia When You Work Out?

If you’re working out an hour or less, you’re not at high risk of developing a low sodium level. In this case, the focus should be on replacing water. On the other hand, if you’ll be running or working out for greater than an hour at a time, especially in a hot environment, you should use sports drinks to replace some of your fluids. They contain enough sodium to reduce the risk of hyponatremia.

Runners who run long distances are at high risk. If you plan on running a marathon, increase your salt intake by 10 to 20 grams a few days before the big event. After a long endurance workout in the heat, eat a salty snack to help replace the sodium you lost. It’s important to stay hydrated, but don’t drink large quantities of water without replacing sodium.

Lastly, talk to your doctor if you’re taking non-steroidal anti-inflammatory medications, aspirin, ibuprofen, diuretics or psychiatric medications if you run long distances or doing high-intensity exercise for long periods of time. As mentioned, these medications increase the risk of hyponatremia.

Your body needs an adequate balance of sodium and water for health purposes. Exercise can disrupt that delicate balance. Take precautions to prevent hyponatremia when you work out for long periods of time. It could save your life.

Medscape.com. “Hyponatremia May Be More Common and Severe in Nonelite Marathon Runners”

Rice University. “Salt and the Athlete”

Will Switching to Sea Salt Lower Your Sodium Intake?