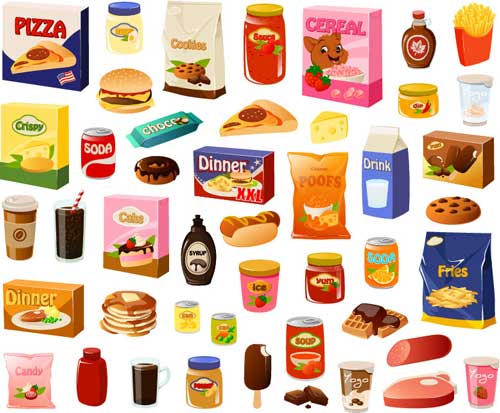 There’s a growing whole food movement in this country, raising awareness of what’s in the food products we buy from store shelves. As a result, more people are questioning what they’re eating, how it’s made, and where it comes from. With so much talk of clean eating and whole foods, you might think processed foods are on their way out. Don’t be too sure. According to a recent study, we still have a long way to go before the American diet becomes mostly whole food based.

How Much Do Processed Foods Make Up the American Diet?

In fact, as the researchers in the study point out, most of the sugar Americans consume in their diet comes from ultra-processed foods. With so much talk about cutting down on sugar, one of the best ways to do that is to eliminate foods that come in a package.

Processed Food: It’s Not Always What It Seems

The processed food industry thrives on using cheap substitutes for real ingredients. The “fruit” in packaged cereals doesn’t always come from a tree or a vine. Instead, the bright purple berries that give a box of cereal color and flavor may be clumps of sugar, corn syrup, food coloring, and flour formed into the shape of berries. Not so yummy!

Even cereals that contain real berries may not be made of whole fruit but berry puree with other additives that make the product less expensive to produce yet contain enough fruit to say it has real berries.

So why, despite the fact that these foods are overly processed, are Americans so fond of them? Convenience is one factor. If you work full-time and are raising a family, it’s more convenient to grab something already prepared that you only have to heat and serve rather than prepare a meal from scratch.

The second factor is the taste appeal these foods have. Food manufacturers are smart. They research, experiment, and fine-tune their product to maximize the flavor appeal. According to a study published in the journal PLOS, the way processed foods are made makes them “addictive.” Research suggests that foods with a high-glycemic index, those made with refined carbs, are ones that stimulate the reward centers in our brain, enhancing the release of the hormone dopamine. Once you get that rush of dopamine, you want to experience it again and again – and you can, there’s lots of junk food to go around!

According to the Food Addiction Research Organization Education, a long-term diet of junk and processed food can even lead to withdrawal symptoms in those who eat this type of diet frequently. That’s why the processed food habit is so hard to break!

To make matters worse, some of the ingredients in processed foods may actually contribute to overeating. Ever notice how easy it is to keep eating salty foods such as popcorn or potato chips? Plus, the sugar in processed foods causes a rapid rise and drop in blood sugar that leads to overeating. The two are a powerful combination. Plus, added flavorings, fine-tuned to perfection through lots of trial and error and research, further increases the palatability of these foods.

To make matters worse, the emulsifiers in almost all processed foods are linked with obesity in mouse studies. The reason? The theory is emulsifiers upset the balance of good bacteria in the intestinal tract. As you probably know, gut bacteria play a key role in digestive and immune health. Research also shows they may impact body weight and contribute to obesity.

Notice in this study, they mention ULTRA-PROCESSED foods, those that contain food additives and the food is significantly changed from its natural state. Many “good for you” foods undergo processing. For example, milk is pasteurized to kill bad bacteria and frozen vegetables are cooked, chopped into smaller pieces, and frozen before being placed into a package.

It’s hard to deny that some lightly processed foods have health benefits. In fact, research shows frozen vegetables have as much or more nutritional value than fresh produce. That’s because they’re frozen at the point when they’re freshest and their nutrients are most viable. The key is to choose frozen vegetables without added salt, seasonings, or oil.  The real problem arises when ultra-processed foods, not minimally processed ones, are the mainstay of your diet. There’s nothing wrong with taking home a bag of frozen broccoli, especially if its ease of preparation means you’re more likely to serve it.

When you consider all the factors, it’s easy to see why so many Americans spend their food dollars on processed foods. They’re readily available, easy to prepare, and, according to some taste buds, they have a pleasing flavor. Yet, you potentially pay for that convenience in the long run with health problems. If you can’t deal with prepping fresh veggies and other whole foods, at least stick to the minimally processed ones. In other words, leave the boxes of Twinkies, breakfast cereal, hot dogs, and pastries on the store shelf.

Huffington Post. “Sorry, But Turns Out Your Favorite Blueberries May Be Entirely Fake” 10-29-14.

PLOS One. “Which Foods May Be Addictive? The Roles of Processing, Fat Content, and Glycemic Load” February 18, 2015.