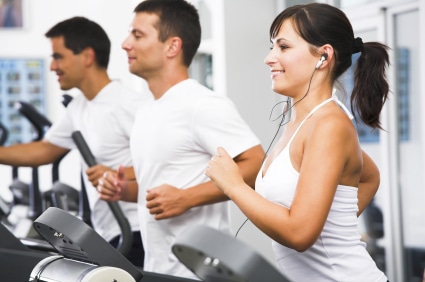 These days just about everyone has exercised on some type of cardio machine that has a digital display showing calories burned. And if you’re like most of us, when the computer display says you burned 500 calories during your one hour elliptical workout, you’re probably feeling pretty good. I mean, think about it, if you did this just once a day while continuing to eat exactly the same way, by the end of one week you could lose one pound of fat (7 X 500 = 3500 calories) – right? Well, unfortunately, this is not exactly true and here are some reasons why:

Still, the biggest mistake people make in calculating the extra calories burned from exercising is forgetting to subtract the calories they would have burned anyway if they had done absolutely nothing. The average person burns about 12 calories per pound of body weight each day just sitting around. The actual number of calories burned at rest (BMR) also depends on your metabolism. Metabolism rates are influenced by many factors such as height, weight, and age, but can also vary because of genetics and other factors. This is why some people can eat whatever they want and not gain weight, while others must keep to a strict diet to avoid gaining weight.

On average a 150 lb person will  burn about 1800 calories each day without any exercise which translates into about 75 calories per hour. Therefore, if this 150 pound person did a one hour workout on the elliptical and the computer display said 500 calories were burned, technically it means only an extra 425 calories were burned from exercising on the elliptical during this hour and not 500 calories as the display indicated (500 – 75 = 425). This also means that instead of seven workouts to lose that stubborn pound of fat, you will actually need to work out a little over eight times.

14 thoughts on “How many extra calories are you really burning?”