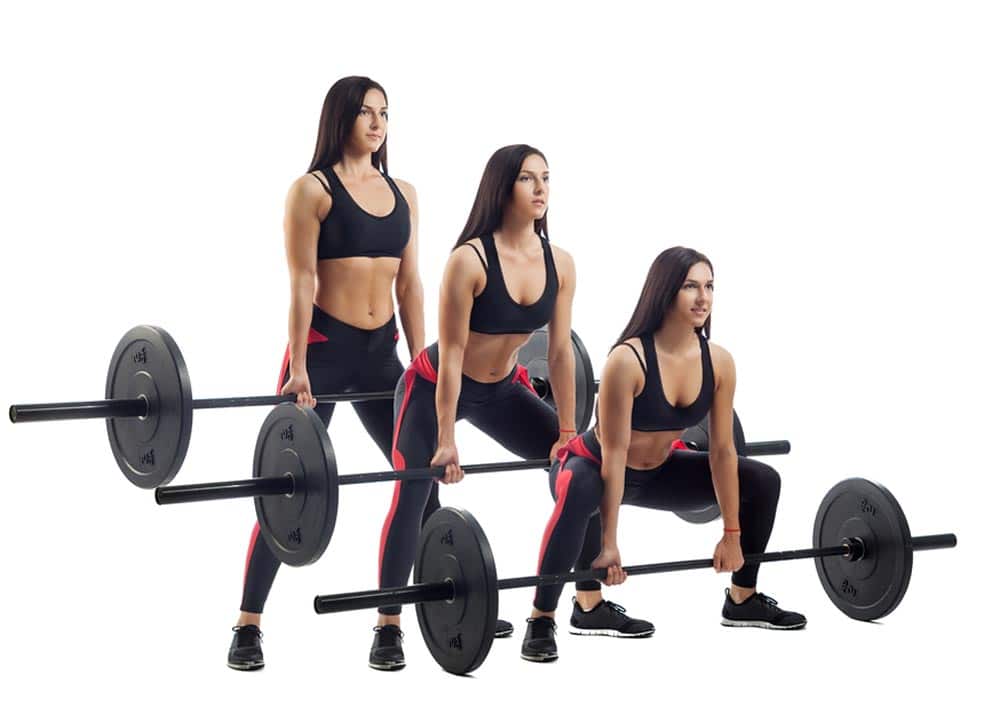 Many women work on building glute definition for aesthetic reasons. Having a bit of shape to the backside looks great in a pair of shorts, jeans, or the most revealing outfit of all, a bathing suit. But, working your glutes and making them stronger also matters for sports performance and for general health and well-being. That’s because you generate much of your lower body power from your core and glutes. Weak gluteal muscles limit your ability to jump and sprint.

So, strong buttocks aren’t just for looks. You need hip extensor strength, generated by the glutes, to avoid sports injuries and prevent strain to the lower back when you do the activities you do daily. So, strong glutes are beneficial from a functional standpoint as well. Most of us have tight hip flexors and weak glutes from sitting too much and need to build strength in the large gluteus maximus as well as the smaller gluteus medius, and gluteus minimus muscles.

One exercise that’s on most people’s glute training list is deadlifts, a compound exercise that works multiple muscle groups, especially muscles in the lower body. The beauty of deadlifts is you work so MANY muscles simultaneously. In fact, your whole posterior chain gets in on the action, including your hamstrings, quads, glutes, and core. More muscles working means you’re burning more calories and will get more of an anabolic response, although the extent of the anabolic response is likely exaggerated. Of course, deadlifts are still a highly effective exercise for building lower body and core strength – but are they the BEST exercise for working the muscles in your backside?

Deadlifts activate the glute muscles but also target the hamstrings. A study published on MikeReinold.com, where they measured EMG activity when participants did various exercises, found that side-lying hip abductions, single limb squats, and lateral band walks activated the gluteus medius muscles more than single-limb deadlifts. For the gluteus maximus, single-limb squats and single-limb deadlifts were roughly equal in terms of activating the large, gluteus maximus muscle. So, if you do deadlifts correctly, you will get glute activation, but deadlifts are only one exercise that challenges your glutes.

Is One Type of Deadlift Better for the Glutes?

Now that you know deadlifts can benefit your bottom line, you might wonder whether a conventional deadlift or sumo deadlift is most effective for carving your backside? Based on research published in the Strength and Conditioning Research, they both activate the glutes about the same, so it’s wise to include both types of deadlifts in your glute attack.

Hip Thrusts Should Be in Your Glute Routine Too

Deadlifts Are an Advanced Exercise

Most fitness trainers will tell you to Start with basic leg and back strengthening exercises initially, at least for a few weeks before attempting deadlifts. Then, begin doing deadlifts using a light weight. It takes a certain degree of core strength and hip flexibility to execute a deadlift properly. The risk of not performing it correctly is a back strain or, worse, a herniated disc. We need to protect our backs!

One of the biggest mistakes people make when doing a deadlift is not keeping their spine straight. Flexing the spine, especially if you’re using a heavy weight, places enough pressure on your lower back to strain it. It’s also important to keep the cervical spine in the neck in a neutral position. Another mistake is to not keep your shoulders in a neutral position. Your shoulders should never roll forward as you’re doing a deadlift. Practice with a light weight until you can do the move with good spinal alignment.

Deadlifts work lots of muscle groups simultaneously and help to strengthen your core, lower back, legs, and glutes, but they don’t target your glutes as effectively as hip thrusts. They’re also not an exercise you should tackle when first starting to train as the risk of injury with this exercise is higher. Start with the basics and then move to deadlifts using light weights once you have a baseline level of core and lower body strength. Also, don’t depend on squats and deadlifts alone to build strong, defined glutes. Harness the power of hip thrusts as well. This exercise is golden for building a more rounded backside, especially the upper glutes. Also, don’t forget about other glute-targeted exercises for variety, such as donkey kicks, glute bridges, horizontal back extensions, quadruped hip extensions, etc. Also, include squats and squat variations, such as front squats, back squats, goblet squats, and Bulgarian split squats.

All in all, variety will help in your glute approach will help you continue to make gains and avoid reaching a plateau. Also, don’t forget about nutrition. You need enough protein and calories to help your body enter an anabolic state.

5 Powerful Reasons to Include Deadlifts in Your Fitness Routine

Glute Power! Why You Need Hip Thrusts in Your Routine