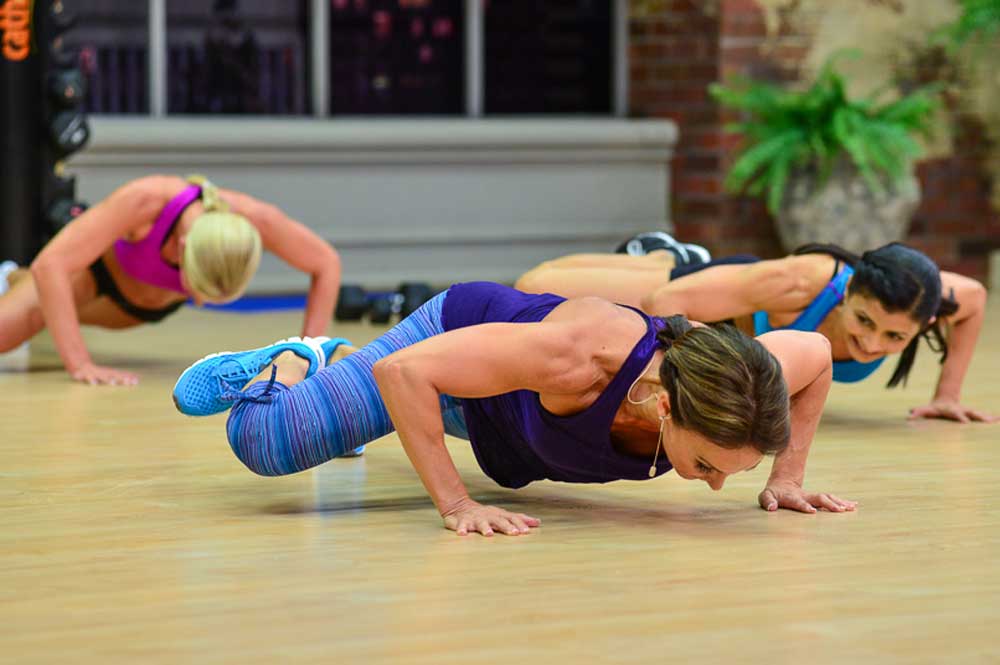 Not everyone can identify a deadlift or biceps curl by name, but most people know a push-up when they see it. It’s a simple exercise and one you probably do a few times per week. But, have you ever wondered how the push-up came into being? This bodyweight exercise actually has a long history. In fact, the history of the push-up dates back thousands of years to India where warriors used this somewhat strenuous exercise to get stronger and into fighting shape. There’s also some evidence that The Roman emperor Constantine did push-ups to stay in ship-shape as well.

Yet, the push-up didn’t become an easily recognizable exercise until the early 1900’s when Jerick Revilla coined the term and introduced the exercise to the public. The rest is history. It caught on and the push-up remains one of the most popular exercises for working the upper body, although it also develops core strength as you have to stabilize your core when you’re in a push-up position. Push-ups have an advantage over other exercises that work the upper body. You can do them almost anywhere and without any special equipment.

Push-Ups: The Military Loves Them

On a darker note, push-ups are sometimes doled out as punishment. You’ve probably seen movies where a sergeant orders a military recruit to hit the ground and give him (or her) 50 or even 100 push-ups. In fact, push-ups are an important part of career advancement in the military. The military evaluates subjects twice per year and measures strength and fitness. One of the tests they use is, you guessed it, the push-up. In fact, according to an article from Military Times, among candidates in Ranger School, more fail the push-up test than fail the 5-mile run or the chin-up test.

For the United States Army, the push-up is the only test they use to measure upper body strength. The push-up test for members between the ages of 17 and 21 entails doing the most push-ups they can do in a 2-minute period. You must do at least 42 push-ups to pass the taste and 71 is the maximum. You might wonder the military uses the push-up as their measure of upper body strength rather than the bench press. After all, the push-up is limited by body weight. But, as they point out the push-up uses more muscles than upper body exercises that require weights. It necessitates tapping into whole body strength and endurance to do a sequence of push-ups.

If you’re in the Air Force, you would have to perform a minimum of 27 push-ups if you’re female and 45 if you’re male. The Coast Guard is a bit more lenient. Males must complete 20 push-ups and females at least 15, but there’s a stipulation. You have to do them in less than a minute.

With something as measurable as the push-up, it’s easy to see why people compete to see how many they can do. The first entry into the Guinness Book of World Records for push-ups was in 1965 when Charles Linster did 6,006 of them without stopping. But, that world record was surpassed by a Japanese man named Minoru Yoshida who did 10,507 of them in succession. Pretty impressive, right?

A more recent entry into the record books is the number of push-ups performed in 24 hours. The current world record holder is Carhles Servizio of the United States who did 46,001 push-ups in just over 21 hours in 1993. Think you can do that?

There are also contests held for more advanced push-up variations, including a one-arm push-up, one-finger push-up, a knuckle push-up, a clap push-up, and a headstand push-up. The most interesting is the flying push-up record set by a man who reached a height of 1.36 meters.

How Many Push-Ups Should You Be Able to Do?

Keep Working Your Way Up

You may or may not be able to do more than the average number of push-ups for your age and gender, but you can always start where you are and keep advancing. Some women (and men) start out doing a push-up on their knees. That’s okay in the beginning, but once you can do fifteen or so, start working toward doing a military-style push-up where you’re on your toes. If you can’t do one initially, place your hands on a platform, so that your hands are higher than your feet. This makes the exercise easier but still gives your upper body a good workout. Try lowering the platform over time so you’re closer to having your hands level with your feet. If you stick with it, you’ll be surprised at how much you improve. Keep at it and you might find yourself doing more advanced versions one of these days, like knuckle push-ups!

The push-up has been around a very long time, but it’s withstood the test of time. It’s just as relevant today as it was back when the warriors of India did them to get into fighting shape. Make them part of your upper body routine and keep moving toward doing more of them. You may never achieve the number of some of the record holders, but you’ll get stronger and develop greater muscle endurance. Who wouldn’t want that?

MilitaryTimes.com. “Note to fitness test-takers: Pushups aren’t a volume business”
Komando blog. “Military Fitness: Why are Pushups used as the Standard for U.S. Army Upper Body Strength?”
Journal of Strength and Conditioning Research,29(1), 246-253.
RecordHolders.org. “World Record for Non-Stop Push-Ups”
RecordHolders.org. “World Records for Push-Ups (Press-Ups)”
PhysicalLiving.com. “How Many Pushups Should I Be Able To Do?”

Which Push-Up Variation is Toughest?