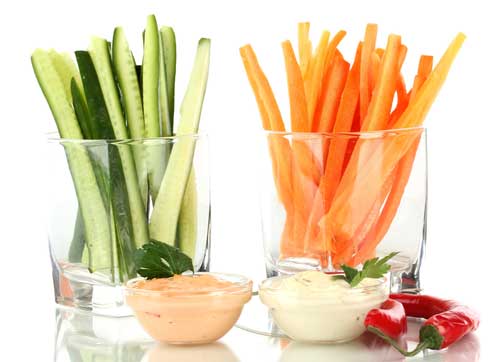 You’ve probably read that snacking and grazing helps with appetite control and “primes your metabolism” so you lose more weight. As a result of this advice, we’ve become a nation of snackers, “grazing” all day and never really sitting down to a meal. At the other extreme, intermittent fasting, fasting for 16 or more hours, has become popular as a weight control strategy too. These two approaches are quite different. Is eating more frequently a help or a hindrance if you’re trying to lose weight?

The Demise of Snacking as a Weight Loss Tool?

Eating small, frequent meals throughout the day sounds like a good strategy, but recent research shows it doesn’t help with weight loss. In a study published in the British Journal of Nutrition, researchers divided participants into two groups. One group ate three meals a day while the other ate three meals plus three snacks daily. Both ate a similar number of calories over the course of the eight-week study.

How about the effects of frequent meals on your metabolism? Surely, eating more often increases your metabolic rate? That too is being called into question. A study published in the journal Obesity showed increasing meal frequency from three meals a day to six had no effect on 24-hour energy expenditure or fat oxidation in a group of healthy participants. In fact, the participants had a greater desire to eat when they ate six meals daily as opposed to three. So much for appetite control.

What if you’re trying to build lean body mass? Conventional wisdom says you need to eat more frequently if your goal is to build muscle. After all, you need to continuously supply your muscles with amino acids so they can grow. A study called this into question too. It found men and women that ate three meals a day as opposed to six had greater gains in lean body mass during 12 weeks of strength training than those that ate six daily meals. Why might this be? According to one theory, exposing your muscles to amino acids constantly causes them to become less sensitive to them, much like high insulin levels reduce insulin sensitivity. It’s important to eat protein at each meal but getting amino acids and other nutrients every two hours isn’t a requirement for muscle growth.

Does this mean you should stick with three meals a day and nix the snacks? There are situations where a snack may be beneficial. After a workout, a carbohydrate/protein snack helps to replenish glycogen stores and send amino acids to the muscles you’ve just worked so they can recover and grow. If you’re ravenously hungry, a healthy snack that’s high in protein and fiber may help control your appetite so you won’t indulge in something less healthy.

On the other hand, grazing throughout the day probably won’t help control your weight and could hinder your fat loss efforts if you don’t monitor how much you’re eating. When you’re a grazer it’s easy to lose track of your calorie intake. A little snack here and a little snack there add up even if you’re choosing healthier snack options. To make matters worse, most of the things people snack on are packaged items that are less healthy. In addition, grazers are less likely to eat breakfast. Not a good idea. Skipping breakfast has been linked with higher calorie consumption later in the day.

In animals, intermittent fasting while maintaining adequate nutrition has health benefits. It helps preserve cognitive function AND reduces the loss of lean body mass as a result of aging. It’s not clear whether the same holds true for humans, but it does suggest that giving your body some rest time is a smart idea. One problem with eating frequently is your insulin levels are elevated for longer periods of time throughout the day. Some research shows intermittent fasting improves insulin sensitivity. High insulin sensitivity is important for weight control and for metabolic health. Plus, when you fast for short periods of time, your body turns to fat stores for fuel. Periods where you don’t eat also reduces oxidative stress during the times you’re fasting.

Snacking, grazing and more frequent meals isn’t the holy grail for weight loss. Research suggests it doesn’t increase weight loss, compared to three meals a day, doesn’t increase total daily energy expenditure and won’t help with hunger control. When you eat a meal, supply your body with the nutrients it needs for health but don’t snack between meals because you think it will control your weight. Research on intermittent fasting suggests there are benefits to giving your body “time off” so it isn’t constantly digesting, processing and storing nutrients. Not eating between meals may also help improve insulin sensitivity and help with muscle growth by increasing the sensitivity of muscle cells to amino acids. Just make sure you’re getting enough nutrients and calories when you eat your meals and eat a protein/carb snack after a workout.

DUO. (2008) The Meal Frequency Project: The effect of meal frequency on body composition during 12-weeks of strength training