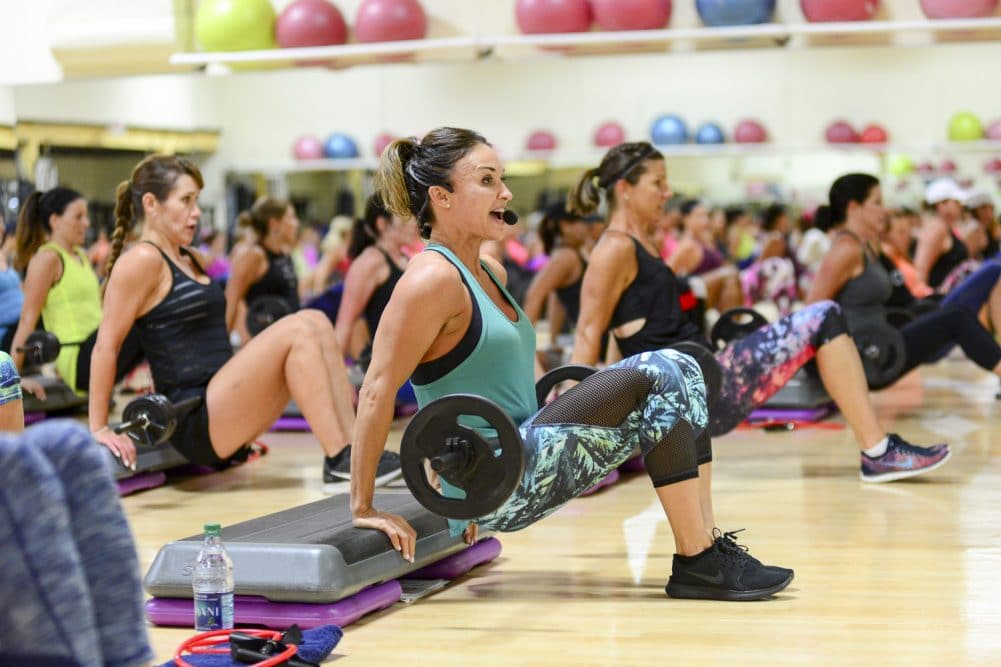 Exercise recovery – How do you recover from a workout? In recent years, you’ve probably read about antioxidant-rich foods and spices that can potentially speed up exercise recovery and reduce muscle soreness. Some examples are tart cherry, green tea, and turmeric. What these compounds have in common is that they have antioxidant activity.

As you know, antioxidants fight free radicals, rogue molecules that are highly unstable because they have an unpaired electron. Left to their own devices, free radicals can damage all parts of a cell, including the cell membrane and DNA inside the cell. Antioxidants are the “knights in shining armor” that swoop in to stabilize free radicals by donating electrons to make them whole again.

We know that exercise causes microscopic damage to muscle fibers. With the potential of antioxidant to shield cells against damage, you might think that eating antioxidant-rich foods before a workout would be beneficial. Some studies DO show that antioxidant-rich compounds, like tart cherry, might reduce muscle soreness. Here’s the problem. A little bit of oxidative stress may not be bad. In fact, it may HELP your body adapt to exercise in a positive manner. So far, most of the research in this area has been with aerobic exercise like running.

What does research in this area show? In one study, runners who took high doses of antioxidant vitamins, vitamin C and vitamin E, before a workout developed less of a rise in mitochondrial enzymes that boost mitochondrial biogenesis. One of the reasons you develop increased endurance in response to endurance exercise is it spurs the growth of new mitochondria. Makes sense, doesn’t it? More mitochondria mean a greater ability to make ATP for energy. When you have more ATP available, you don’t fatigue as quickly and can run further or exercise longer. If antioxidants blunt the ability of a cell to make new mitochondria, it can interfere with aerobic adaptations to exercise.

Does the same hold true for resistance exercise? In one study, researchers asked participants to take vitamin C and vitamin E before and after resistance training sessions. Another group took no supplements prior to or after their training. Each group did a similar resistance training routine and trained at a high intensity four times weekly. The results? Both groups developed increases in strength and muscle size, but the group that took antioxidants developed LESS strength than the group that didn’t.

When they biopsied the muscle tissue of each group in this study, they discovered those who took the antioxidant supplements experienced less muscle protein synthesis. It appeared that protein synthesis in muscle cells wasn’t activated to the same degree in those who took antioxidants. The possible conclusion? Antioxidants before or immediately after a workout may interfere with cell signaling that triggers adaptations to exercise.

Keep in mind, that in the studies they used supplemental doses of antioxidant vitamins and relatively high ones, but it still raises questions about whether loading up on dietary antioxidants before or after a workout is a wise move.

Exercise Recovery: Taking Ibuprofen for Muscle Soreness after a Workout

Some athletes and weight trainers pop a few ibuprofen or other non-steroidal anti-inflammatory medication (NSAID) after a workout, especially when they anticipate that they might be sore the next day. However, this isn’t necessarily a good idea. According to a research review conducted by Brad Schoenfeld, of the Department of Health Sciences at the City University of New York, popping ibuprofen on a routine basis could interfere with muscle growth. Ibuprofen and other NSAID reduce the activity of satellite cells, cells that are actively involved in promoting muscle growth.

Why are NSAID a problem? These medications reduce inflammation. We know that inflammation is harmful to the body but mild inflammation right after a workout may be a stimulus for adaptations to take place. Oxidative stress creates inflammation, which is why taking antioxidants may reduce adaptations to exercise as well. As Dr. Shoenfeld points out, taking an occasional ibuprofen probably won’t majorly impact muscle growth but taking them on a daily basis could. Plus, we now know that NSAID has potentially serious side effects – an increase in blood pressure, kidney issues, bleeding from the digestive tract. In addition, they seem to raise the risk of heart attack and stroke as well. Irrespective of how they impact exercise adaptations, it’s not wise to take them, even ibuprofen unless you really need them.

Exercise Recovery: What about Ice Baths?

Another exercise recovery strategy that some people use after a tough workout is to take an ice bath. The purpose of exposing your muscles to cold temperatures after a tough workout is to reduce muscle inflammation. However, ice baths may have a similar effect to NSAID on muscle growth. In a study presented at the 2014 American College of Sports Medicine, researchers found that taking ice baths suppressed the cell signaling inside the muscle needed for optimal muscle growth in response to training. After three months of training, the group that took ice baths made fewer muscle gains as well. However, there’s less evidence that ice baths interfere with adaptations to endurance exercise. One study involving cyclists found no clear-cut evidence that they do.

Based on what we know, the best way to recover from a workout is to hydrate and eat a post-workout snack of carbs and protein. Skip the ibuprofen and the ice bath if you’ve just completed a strength or hypertrophy workout. Before any workout, avoid taking supplemental antioxidants, including supplements with antioxidant activity, like green tea extract, turmeric, alpha-lipoic acid, coenzyme Q-10, vitamin C, vitamin E, tart cherry, and others.

Also, it’s probably not a good idea to load up on these in food form prior to exercise either. Green tea, turmeric, tart cherries, and other anti-inflammatory and antioxidant-rich foods have health benefits but not right before a workout. A little short-term stress and inflammation may be the signal your muscles need to adapt and increase endurance, strength, or size in response to exercise.

Delayed-Onset Muscle Soreness or DOMS: What Causes It and Can It Be Prevented?

Do Cold Showers and Baths Interfere with Strength Gains?