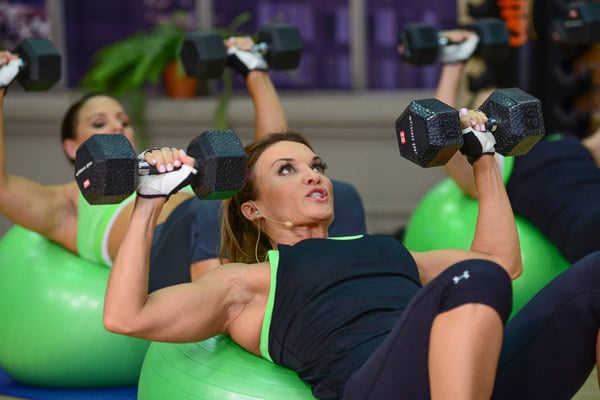 You constantly hear that stress is a bad thing. In fact, some people go to great lengths to avoid stress or counter it through activities like meditation and hypnosis. It’s true that long-term, chronic stress contributes to health problems that can ultimately kill you. Plus, certain types of sudden stress, such as a major injury, can lead to an untimely demise. However, some types of controlled stress are actually beneficial to your health long term. An example of a positive stressor is exercise.

There’s no denying that exercise, especially high-intensity exercise, places stress on your body. When you engage in an intense workout, you manifest the classic signs of stress. Your heart rate increases, you sweat, and your breathing rate goes up. These are some of the same signs and symptoms you experience when you see a giant black bear lumbering towards you and your “fight or flight” hormones kick in. These same hormones are also released during exercise.  Yet, strangely enough, many people exercise to RELIEVE stress.

How can exercise be a stressor AND a stress reliever?

Some degree of stress actually makes your body better at dealing with future stressors. Your body is a master at adaptation. Just as your body adapts to strength training by becoming stronger, it may also adapt in a positive way to other types of stress. There’s a name for this concept – it’s called hormesis and it’s another way of saying what doesn’t kill you makes you stronger. In fact, scientists have demonstrated the hormetic effect in a variety of species.

Keep in mind that not all stress is positive. Whether stress is harmful or beneficial depends on the degree and duration. So, the dose matters. If you expose your body to stress for a sustained period of time, it might adapt initially but gradually break down due to the prolonged nature of the tension and trauma.  Likewise, hit your body with a mammoth stressor and it may not have time to adapt or the stress might be so severe that it overwhelms its defense systems. The best type of hermetic stress would be stress that’s short in duration and not so overwhelming so that it cripples your body’s ability to adapt.

So what does this have to do with exercise? As you know exercise places stress on your body. Both strength training and aerobic exercise are stressors. Strength training mainly stresses or damages muscle fibers while aerobic exercise places strain on the cardiovascular system. Both forms of exercise transiently increase oxidative stress and free radical formation. You sometimes feel the effects of that stress on your muscles a few days later when they become sore. The soreness is partially due to muscle fiber damage and the inflammation that follows.

So, what happens in response to stress? If it’s strength training, the muscle increases in size and neurological adaptations take place to give you more lifting power. In terms of aerobic exercise, your heart undergoes adaptation but so do the capillaries that feed into your skeletal muscles. The energy-producing mitochondria inside muscle cells also increase in number and efficiency. Plus, there’s evidence that the stress of exercise activates your body’s own internal antioxidant defense system. Yes! You do have internal antioxidant defenses. When it’s activated, you’re more protected in the future against oxidative stress and inflammation.

Strangely, exercise being physical stress also helps relieve mental stress – but how? Previous studies show people who work out are less prone to anxiety and depression. In fact, one study showed that exercise is as effective as prescription antidepressants for treating mild to moderate depression. According to the American Psychological Association, mental health benefits are partially related to the neurotransmitter norepinephrine. When you work out, norepinephrine increases in your brain. Norepinephrine, in turn, affects the balance of key brain chemicals that control the stress response. Whether or not it’s due to norepinephrine, exercise seems to improve how the brain and other organs of the body communicate. When these systems communicate better and are able to work together, they become more efficient at handling stress.

Now you know that moderate, short-term stress has a hormetic or adaptive response but higher levels of stress or prolonged stress can overwhelm your system and be harmful. The same applies to exercise. If you do long periods of exercise, like 90 minutes of cardio, especially in a calorie-depleted state, you won’t necessarily get the same positive adaptations that you get with shorter periods of exercise stress. In fact, prolonged stress triggers the release of cortisol, a stress hormone that has a negative impact on body composition and on health. Cortisol triggers the breakdown of muscle tissue and bone and suppresses the immune system. That’s not a positive for your health or your wellbeing!

The same can happen if you train too frequently, strength or cardio, and don’t give your body enough time to rest and recover. Strength training without adequate recovery makes it harder to increase muscle size, partially due to the detrimental effects of cortisol. That’s why you want to rest a muscle group for at least 48 hours before working it again.

One of the many benefits of high-intensity interval training is it exposes your body to significant, short-term stress. The stress is brief enough that it doesn’t overwhelm your body’s ability to adapt. You get some release of cortisol but you also get a bump up in anabolic hormones like growth hormone and testosterone that counter the negative effects of cortisol. High-intensity interval training, though intense, is short enough in duration that your body can adapt to it in a positive way, as long as you don’t do it several times a day.

Exercise is a good form of stress but it’s important to manage the dose and duration. Work your body hard for short periods of time and then give it recovery time. During recovery make sure you’re feeding your body with enough calories and getting enough sleep. If you don’t have the proper nutritional support and skimp on sleep, exercise won’t make your body stronger and more resilient. Instead, it may have the opposite effect and leave you mentally and physically exhausted and more susceptible to infection. Do it right and exercise can make you stronger mentally and physically.