Emotional Eating v Binge Eating: How Do They Differ?

Emotional Eating v Binge Eating: How Do They Differ? 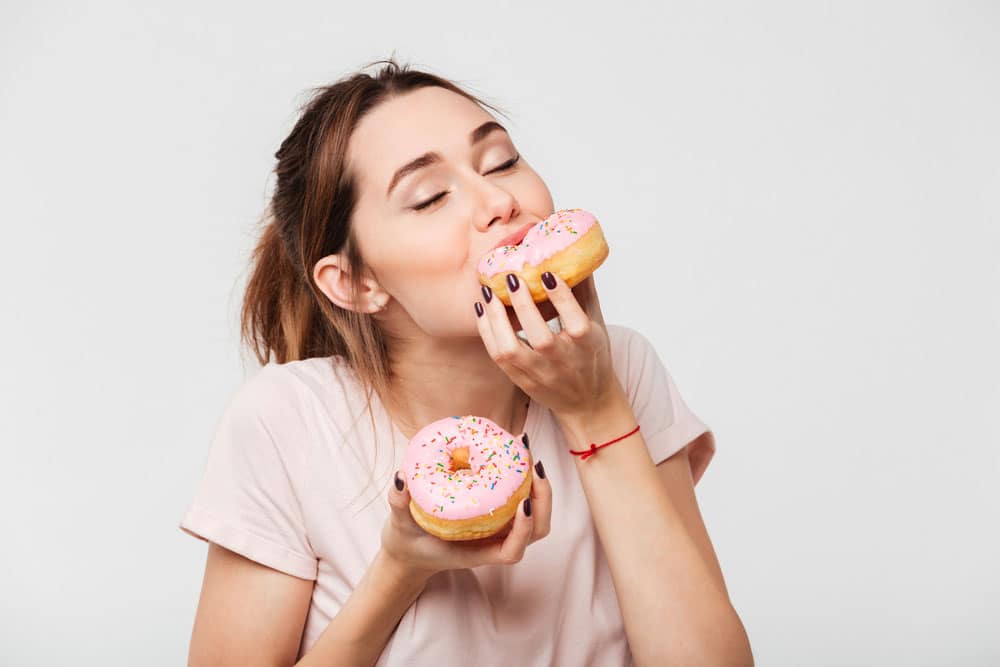 An emotional eater may be more prone to develop binge eating because they have unresolved stress and use food to deal with it. If they’re under unusual stress, their eating habits could change and take on the characteristics of binge eating. Let’s look at how binge eating and emotional eating differ.

What is Binge Eating?

Binge eating is a disorder where an individual eats large amounts of food in a short period of time. It’s classified as an eating disorder and listed in the DSM 5 manual; the guide psychiatrists use to diagnose mental health disorders.

People with binge eating disorders eat quickly and past the point of feeling full, sometimes until they’re uncomfortable and physically sick. But feeling physically sick from overeating isn’t always enough to stop a binge eater from eating more They keep eating until they can’t eat another bite. Once they reach a stopping point, they feel immense guilt and shame about how much they ate. They often eat alone so that others are unaware of how much they are eating.

To be classified as a binge eating disorder, the binge eater must have had the symptoms for at least 3 months and the symptoms cannot be associated with other medical problems, psychiatric diagnoses, or digestive issues. The severity of binge eating disorder depends on how often the binges occur. In a mild case, a binge eater might only binge eat a few times per week, but with a more severe case, bingeing may occur several times per day.

To sum it up, binge eating is obsessive and excessive eating in response to an emotional situation. It’s more common in women. Symptoms include feeling full quickly after eating, consuming too much food, or eating alone to avoid the shame that comes from bingeing. People who binge eat often have a poor body image. In some cases, insecurity about their body image triggers their binges.

No one knows why some people develop binge eating disorders, and others don’t. There may be a genetic component or a history of trauma in the person’s past. Binge eaters use food and eating to relieve stress. Most binge eaters have anxieties or worries that drive them to overeat, and they use eating to avoid painful emotions. But the immense guilt they feel after bingeing creates even more problems for binge eaters. They try to go undercover to hide their problem due to their intense feelings of guilt. The inability to stop bingeing and the feelings of guilt that go with it add to the belief that they’re not in control, and that worsens the problem. Some people with binge eating disorders hoard or hide food and eat when they’re not hungry.

What is Emotional Eating?

Binge eaters also use eating to deal with stress, so there are some similarities. Both stem from an inability to deal with emotions or stress directly. But people with binge eating disorder are more likely to engage in other behaviors, like hoarding food and eating to the point of physical discomfort or illness.

Another difference is the frequency of disordered eating. Binge eating, by definition, must occur at least once per week for 3 months. Emotional eating can happen sporadically and only under stressful circumstances. Many healthy people overeat when they’re stressed, sad, or bored, but they don’t do it daily as a binge eater does. An emotional eater may go for weeks until they have another episode of emotional eating. The amount of food a binge eater consumes is usually larger than what an emotional eater does, and the binge eater often eats to the point of physical discomfort.

Emotional eating and binge eating are distinct entities but are also closely related in some ways.  Binge eating usually requires psychiatric intervention, while emotional eating can often be managed without seeking the help of a psychiatrist. However, some people with emotional eating disorder can benefit from short-term counseling to resolve issues that cause them to turn to food as a source of comfort. Fortunately, there’s help for both types of disordered eating. The goal for both is to resolve issues that cause stress and poor body image that trigger overeating.

What Causes Emotional Eating and How to Stop It