Does Weight Training Boost The Release Of Growth Hormone?

Does Weight Training Boost The Release Of Growth Hormone? 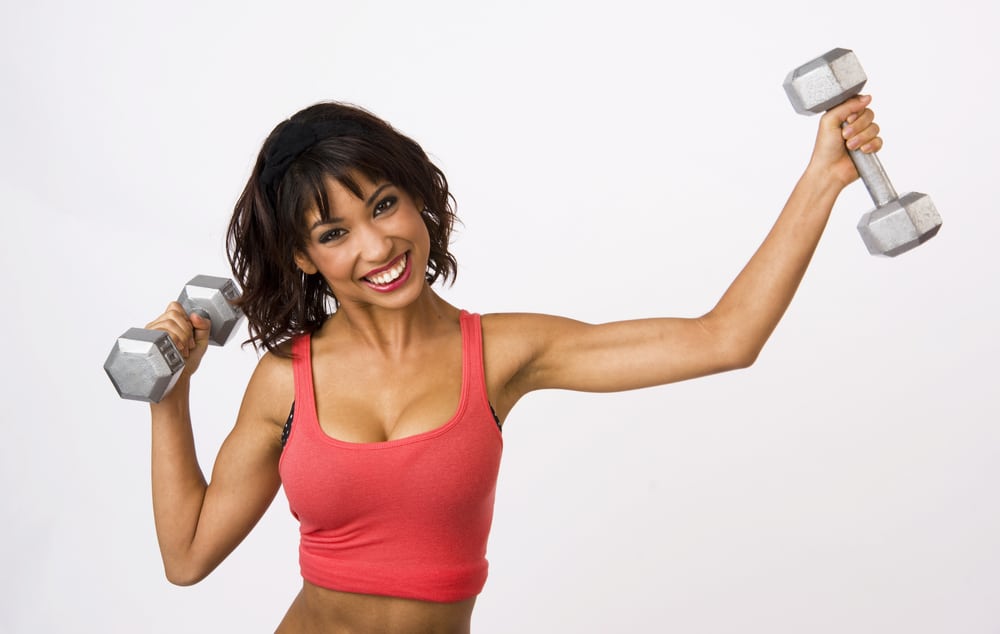 Growth hormone is an anabolic hormone that, strangely enough, has a catabolic effect on fat tissue. It stimulates muscle growth AND boosts fat burning. With those kinds of benefits, no wonder you want growth hormone release to be optimized if you’re trying to get leaner and more defined.

You’ve probably read about non-prescription supplements that supposedly boost growth hormone but there’s no real evidence that they work Plus, the potential risks of taking them outweigh the benefits. Despite this, manufacturers promote them an anti-aging panacea and a way to recoup energy and build lean body mass.

It All Starts in the Brain

One way in which growth hormone stimulates muscle growth is indirectly through the effects of IGF-1, also known as insulin-like growth factor one. IGF-1 is produced by the liver and goes up in response to growth hormone and in the presence of higher levels of insulin. In many ways, IGF-1 behaves similarly to insulin. One of its functions is to help carry amino acids into muscle cells so they can use them as building blocks for new muscle tissue.

IGF-1 also stimulates the growth of bone, cartilage, nerves, skin, and cells. The fact that IGF-1 promotes cell growth raises concerns about it has the potential to promote the growth of cancer. According to some studies, higher levels of IGF-1 may enhance the risk of developing some cancers. You can also alter IGF-1 through diet. Diets higher in protein, particularly meat and dairy, increase it. Calorie restriction and a vegetarian diet decrease it. IGF-1 is the intermediary by which growth hormone exerts its effect on muscle tissue. IGF-1 is not responsible for the fat-burning effects of growth hormone as fat cells don’t have receptors for IGF-1.

Exercise and The Release Of Growth Hormone

As mentioned, there’s the idea that exercise itself can boost growth hormone, at least temporarily. Is this idea backed by science?

A study published in the American Journal of Physiology-Endocrinology and Metabolism supports this. Researchers divided women into groups, one group did upper body training and the other a total body strength-training workout. Some of the participants used lighter weights and high reps (up to 12 reps before failure) while the other used heavy weights (up to 8 reps before failure). The researchers measured the growth hormone levels of the participants before and after. The women did, indeed, have more growth hormone in their blood after the workouts and levels were higher after using heavier weights.

In another study, researchers from Japan documented a transient rise in growth hormone in 16 participants after a high-intensity interval training session. The participants pedaled an exercise bike at 85% of their V02 max for one minute with 30 seconds of rest between each set. They completed 10 sets in total. So, strength training, using heavy weights, and high-intensity exercise seem to boost growth hormone short term.

Above the Lactate Threshold

The key to ramping up growth hormone release during a workout is to push hard enough to go above the lactate threshold. That means pushing yourself to the near max during the active intervals of HIIT training. There also appears to be a time threshold. A study published in Sports Medicine showed at least 10 minutes of high-intensity exercise is the minimum needed to elicit a growth hormone response. In fact, the build-up of lactate may incite the release of growth hormone. Moderate-intensity, steady-state exercise doesn’t seem to offer the same growth hormone boost as heavy strength training or HIIT training. In fact, long periods of steady-state exercise can boost cortisol, the stress hormone that breaks down muscle tissue.

So, yes, heavy strength training and high-intensity interval training cause a transient rise in growth hormone. The question is whether these increases are enough to boost muscle gain or help with fat loss. Based on the study published in Sports Medicine, researchers propose that high-intensity exercise above the lactate threshold MAY increase the normal pulsatile release of growth hormone over a 24-hour period after a workout. Therefore, you may get more sustained releases in growth hormone after a workout, although this isn’t proven.

Growth hormone levels decrease with age and this decline contributes to muscle and bone loss. Low levels of growth hormone are also linked with depression, fatigue, hair loss, and cognitive changes, all problems that become more common with age. High-intensity exercise and heavy strength training, along with a diet that contains sufficient protein and adequate sleep, may help offset some of the age-related decline in the release of growth hormone and IGF-1. So, keep on pushing yourself when you train!

Growth Hormone and Exercise: What Role Does It Play?

5 Hormones That Impact Muscle Growth and How They Work

Does Your Metabolism Have to Decrease With Age?