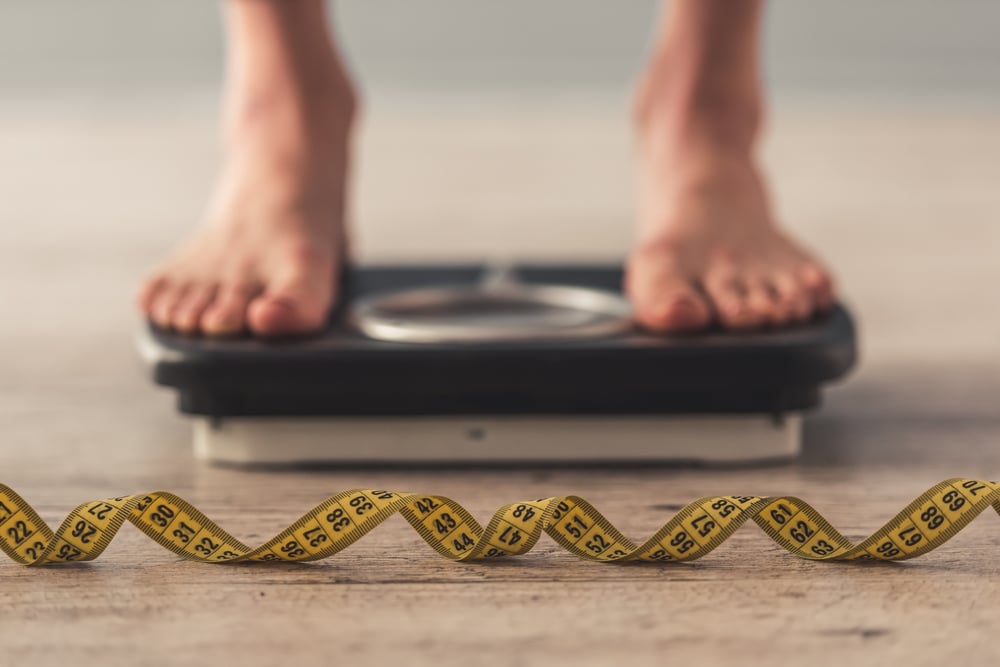 How often do you weigh yourself? Some people make daily weighing a ritual while others prefer to use other metrics, like how well their clothes fit, to monitor their weight rather than hopping on a scale. These folks step on the scale occasionally but not on a daily basis. Is one approach more likely to help with weight control than the other? Let’s look at what studies show.

What Do Studies Show About Daily Weighing?

One of the biggest studies looking at the impact of daily weighing on weight loss was called, appropriately, the Weigh trial. In the study, participants were asked to weigh themselves daily over a 6-month period, and researchers checked their weight at 3 and 6 months intervals. They also monitored their perceptions of their daily weighing – how they felt about stepping on the scale and whether it caused anxiety. Based on these results, daily weighing has benefits.

At the end of the 6 months, the group that weighed themselves daily lost 13 more pounds than the control group. Plus, they perceived the daily weigh-ins to be positive rather than negative. One concern about weighing often is the negative psychological impact it could have. Too much focus on weight might create anxiety or poor self-esteem in some individuals. At least in this study, that wasn’t the case.

A number of other studies support the benefits of daily weigh-ins for weight control. It goes along with the concept of self-monitoring and feedback and the idea that monitoring a parameter regularly, like weight, can change behavior. For example, you step on the scale and see you’re up a pound, so the next day you alter your eating habits or exercise a little more. It’s easier to correct weight changes while they’re small than to let your weight creep up 4 or 5 pounds and then try to do damage control. Most importantly, a number of studies show more frequent weighing is linked with greater weight loss.

Life events, too, can trigger weight gain – marriage or divorce, loss of a family member, and a major life change, like going to college. We’ve all heard about the “freshmen 15.” Can daily weighing help ward off the extra pounds that go along with college life? In one study, college freshman who weighed themselves daily during their first 3 months at college didn’t gain weight while their classmates who didn’t gained an average of 5 pounds.

The Downsides of Daily Weighing

No doubt, weighing daily can make you more aware and accountable, but when your weight rises by a few pounds from day to day, it’s usually not because you gained body fat. Your weight can fluctuate, sometimes dramatically, based on factors other than a rise in body fat. One of the biggest variables that impact the number you read on the scale is fluid status. Your weight can fluctuate considerably based on your current blood volume and this is impacted by how hydrated you are and how much sodium you’re taking in. If you went out to a restaurant and ate a high sodium meal, you could wake up several pounds heavier the next day. In contrast, if you spent the day outside on a hot day, you may have lost quite a bit of fluid through sweating. In that case, your weight could be lower but your body fat would be the same.

Constipation can also falsely elevate the reading the scale delivers. Simply having a bowel movement can alter your weight by 1 to 3 pounds. The composition of what you’re eating is a factor too. If you eat a low-carb diet and you go out for a carb-rich splurge, you’ll replenish your depleted glycogen stores. Since glycogen holds on to water, your weight will be higher as well. Even eating a large meal the night before can cause a spike in your weight. In summary, your weight can fluctuate daily due to:

You can get around this, to some degree, by weighing first thing in the morning. Check your weight after heading to the bathroom and emptying your bowels and bladder. Even then, you can expect minor fluctuations based on your salt and carbohydrate intake. When you weigh less frequently, you’re less subject to these daily weight fluctuations.

Back to the psychological aspects of weighing daily. The idea that daily weigh-ins are harmful psychologically may be overstated. A study published in the American Journal of Preventive Medicine found that daily self-weighing was not linked with negative psychological outcomes. In fact, it may be more harmful to NOT weigh yourself for a few weeks, step on the scale, and discover you’ve gained 5 pounds.

On the other hand, it’s possible that people who are overly focused on weight, especially those with eating disorders, should avoid weighing daily and focus more on how they feel rather than a number on the scale.

Research suggests that weighing daily helps with weight loss and weight control by giving you daily feedback. On the other hand, keep the numbers in perspective. Don’t get excited over an elevated value or two, especially when you realize that hydration, salt intake, the size of your last meal etc. can impact the results. Look at the overall trend. Also, if you’re exercising, especially doing if your strength training, your weight may be rising due to an increase in muscle, not fat.

Daily Weight Changes: Why Does Your Weight Vary So Much?

Body Weight and Health: Why the Number on the Scale Is Deceptive

2 thoughts on “Does Daily Weighing Help with Weight Loss?”