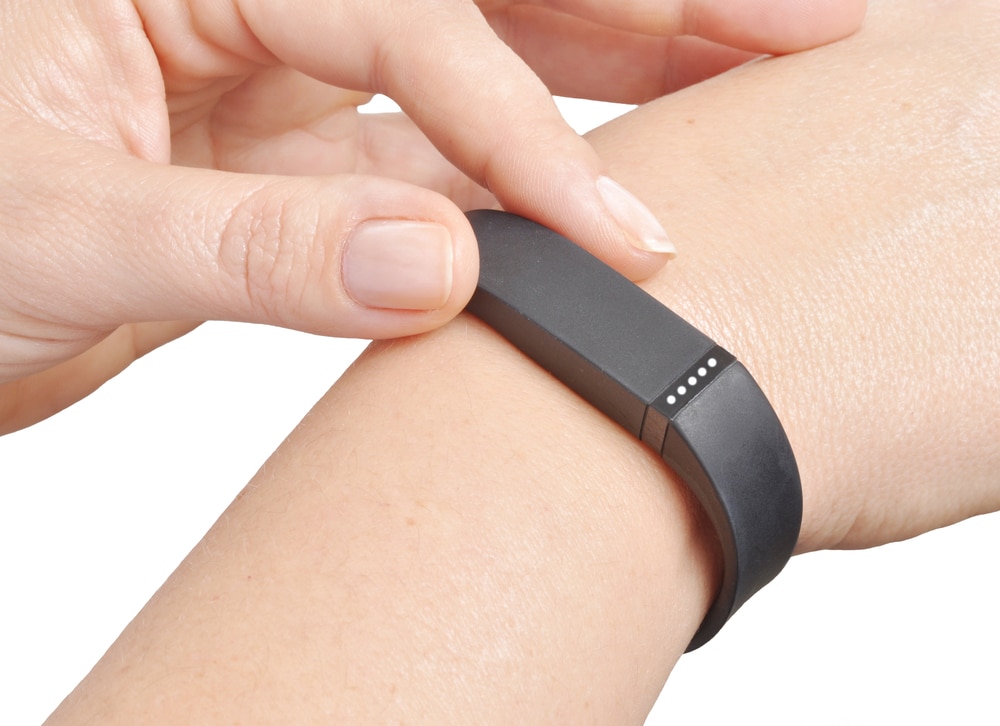 Activity trackers are trendy. The one you’re probably most familiar with is the Fitbit. This activity tracker and others use an internal accelerometer to give you information about your movements patterns, including the distance traveled, the number of steps you take, the percentage of the day you spend moving, the percentage spent sitting, and the number of calories you burn over a 24-hour period. They also track vital signs, like your heart rate.

These devices are growing in popularity, mostly because people like the constant feedback they offer. In fact, one in five people now wears one. The devices give you lots of information about your day-to-day movements and activities and may motivate you to change your behavior. That, in turn, could help you lose weight. But you might wonder – how effective are they at helping with weight loss?

Can an activity tracker help you lose weight? A recent study published in the Journal of the American Medical Association looked at the benefit of activity trackers for slimming down. Researchers recruited 471 healthy people. For 6 months, the participants consumed and lost weight on a low-calorie diet. They also did 100 minutes of exercise weekly and took part in group counseling sessions. Then, at the 6-month point, they divided the participants into 2 groups. One group received telephone counseling sessions, text messages for support and had access to informational materials on weight control. The second group received similar support and also wore an activity tracker. Over the next 18 months, researchers followed their progress.

The results? Surprisingly, the group wearing the activity trackers regained weight faster and gained, on average, 5.2 more pounds of weight than the group that didn’t wear trackers. Huh, more weight gain when you ARE tracking your activity? How could that be?

Studies show that other types of monitoring, like closely monitoring your weight, DOES seem to offer benefits for weight control. For example, research shows that daily weighing helps with weight control more than weighing once a week. Why might this be? With the feedback you get from the scale, you can quickly adjust your dietary intake. Such a proactive approach keeps small weight gains from becoming bigger ones. The drawback to weighing yourself daily is your weight can fluctuate from day to day by as much as 5 pounds, based on salt intake, hydration, eating a big meal, etc. So, it’s best to weigh first thing in the morning for consistency.

So, why doesn’t real-time feedback on how much you’re moving not translate into better weight control? Researchers don’t know for sure, but one theory is that the novelty of checking the numbers wears off over time. Wearing an activity tracker is novel at first, but just as people buy exercise equipment and it ends up in the back of the closet, activity trackers can suffer the same fate. In the study mentioned above, participants wore the devices for 18 months, enough time for the newness of the device to wear off and the fun of checking the values to wane.

Can adding a little extra incentive help? A study of 800 residents of Singapore looked at this issue. The results? Those who wore a Fitbit Zip and got a cash bonus each week that they took over 50,000 steps, increased their activity the most over a six-month period. So, money talks! Yet, only one out of ten were still using the device after a year and those who used the Fitbit didn’t experience improvements in health outcomes. So, activity trackers, like the Fitbit, might be helpful early on but less beneficial long term.

What about other features? Some of the newer devices now have features that allow you to share your results on social media and directly connect with other people trying to stay active and lose weight. You can also get prompts that remind you to move more. Will these features improve the outcome? More research is needed. Some studies show that having a support system for accountability helps with weight loss and weight control.

How Accurate is an Activity Tracker?

You might wonder whether you’re getting accurate information when you wear an activity tracker. According to Euan Ashley M.D., a cardiologist from Stanford University who studies these devices, the newer fitness bands, like Fitbit, are accurate within 5% for heart rate. Where they fall short is in measuring calories burned. Values are off by between 27% and 90%, depending on the device. That’s significant!

Another small study found that these devices are fairly accurate when measuring energy expenditure during intense exercise but fall short for lighter intensity exercise, like doing light housework. Some devices even fail to register light activity like this as movement. Activity trackers can also be off when used to measure activities that don’t involve leg movement, like cycling on an exercise bike.

Despite their less than stellar track record at boosting weight loss, activity trackers are here to stay and will become increasingly sophisticated as time goes on. Despite their popularity, it’s important to remember that an activity tracker won’t determine your success or failure – your own motivation will. The best tracker can’t give you the mindset or discipline you need to lose weight, stay active, or follow a healthy lifestyle. If you don’t have goals and the right frame of mind, an activity tracker won’t give it to you. It starts with what lies between your ears. Also, don’t count on these devices to be completely accurate, although accuracy will probably improve over time.

Nevertheless, if you enjoy the feedback you get from an activity tracker, there’s little harm in wearing one. It’s simply another tool you can use for accountability and feedback on how you’re doing.

Are There Downsides to Wearing a Fitness Tracker?