Does Fish Oil Really Lower the Risk of Cardiovascular Disease? 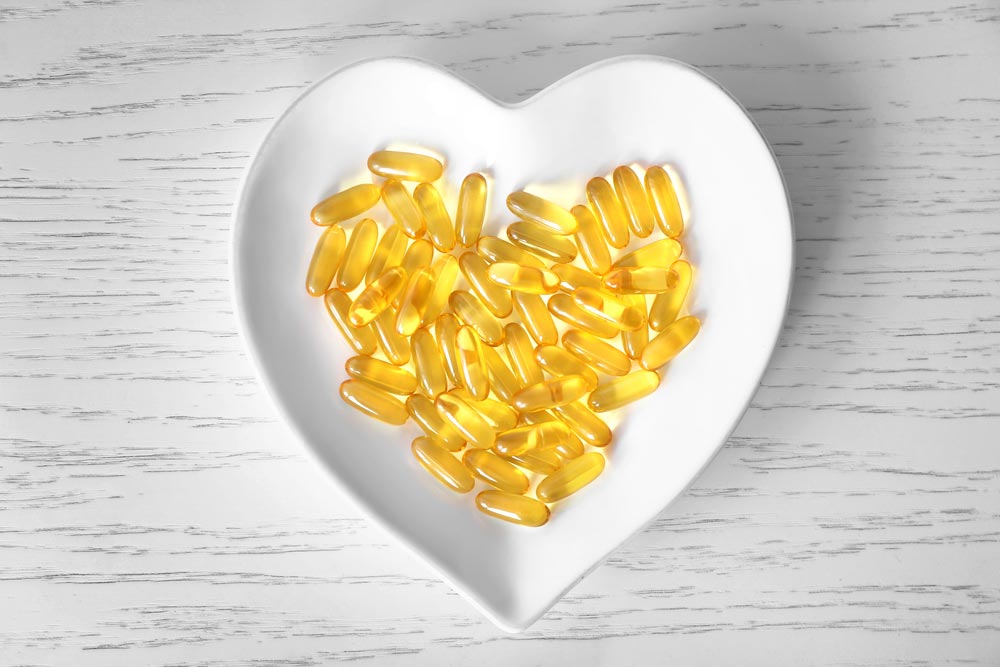 In terms of dietary factors, we often hear that fish and fish oil reduce the risk of cardiovascular disease. For that reason, some people take a fish oil supplement or a supplement containing long-chain omega-3 fatty acids, the type found in fatty fish. These supplements are widely available and one of the most popular among people of all ages. Early studies suggested that omega-3’s, particularly the long-chain type in fish oil, are health healthy. But, what do the most recent studies show?

What the Latest Research Reveals about Omega-3’s, Fish Oil, and Cardiovascular Disease

Just recently, the Agency for Healthcare Research and Quality review (AHRQ) compiled data from 61 randomized, controlled trials, and 37 observational studies where subjects were followed long term. These studies ran from 2001 to 2015. Let’s look at what the research showed.

There was some encouraging news. Supplementing with omega-3’s, from sources like fish oil, was linked with lower triglyceride levels. Triglycerides are fats that circulate in the bloodstream. Higher levels are associated with a greater risk of cardiovascular disease and insulin resistance. Omega-3 supplements also raise HDL-cholesterol, the “good” form of cholesterol associated with lower cardiovascular risk. Omega-3’s slightly raised LDL-cholesterol, but modestly lowered total cholesterol. So, omega-3’s may have modestly favorable effects on lipids, especially for people with high triglycerides.

What about the overall risk of dying of cardiovascular disease? In the past, studies showed that omega-3’s might be beneficial for preventing recurrent heart failure and for reducing the risk of sudden death in folks with cardiovascular disease. Unfortunately, in terms of lowering the risk of sudden cardiac death or overall mortality, omega-3 fatty acid supplements showed no effect. They didn’t reduce the risk of dying from heart-related causes or dying in general. The studies showed a high degree of confidence that the conclusions they reached were real.

What about the Anti-Inflammatory Effect?

Why aren’t the results more encouraging? One reason experts believe omega-3’s might lower the risk of cardiovascular disease is their potential anti-inflammatory effect. Scientists now believe that inflammation is a major factor that drives the development of heart disease. So, do omega-3’s reduce inflammation? Let’s look closer.

Although short-chain omega-3’s may not have the same benefits as long-chain, they help to compensate for the high omega-6 content of the American diet. Omega-6’s are another type of fatty acid that linked with inflammation. Most people who eat a western diet get too many omega-6’s and not enough omega-3’s. The ratio in the American diet is around 20 to 1 when a healthier ratio would be about 2 to 1. So, getting omega-3’s in any form, including plant-based, helps improve this ratio and, potentially, reduce low-grade inflammation. That’s important when you consider inflammation plays a role in a number of chronic health problems. In fact, experts believe that inflammation is a factor in almost every disease that plagues humankind.

So, omega-3’s may help balance out the pro-inflammatory diet that most people in western countries consume. But, rather than taking a supplement with questionable benefits, you might best be served adding more dietary sources of omega-3’s to your plate. Studies, where researchers observe healthy adults over a long period of time, show that fish consumption is modestly linked with a reduction in cardiovascular disease and mortality. For example, a study found that each 20-gram per day increase in fish consumption was associated with a reduction in mortality due to heart disease. You can also add short-chain omega-3’s to your diet by making a chia seed/ground flaxseed/hemp cereal and sprinkling some walnuts on top.

Based on these systematic reviews of multiple studies, there’s no strong evidence that omega-3 supplements lower the risk of cardiovascular disease or of dying from a heart-related cause. On the plus side, they reduce triglycerides. If you have an elevated triglyceride level, it might be worth taking an omega-3 supplement or eating a diet rich in omega-3’s from sources, like fatty fish. but talk to your physician first. Reducing the amount of sugar and refined carbs in your diet will help as well.

You might be better served to get your omega-3’s naturally from dietary sources rather than supplements. Fish oil supplements can cause side effects, including nausea, indigestion, and bloating, and it’s important to buy them from a reputable manufacturer that molecularly distills their product to remove impurities. Many fish, especially large ones, accumulate heavy metals and other toxins, such as PCBs and dioxins. Talk to your physician before taking an omega-3 supplement if you’re on a blood thinner. Taking a fish oil supplement in combination with blood thinners may increase the risk of bleeding.