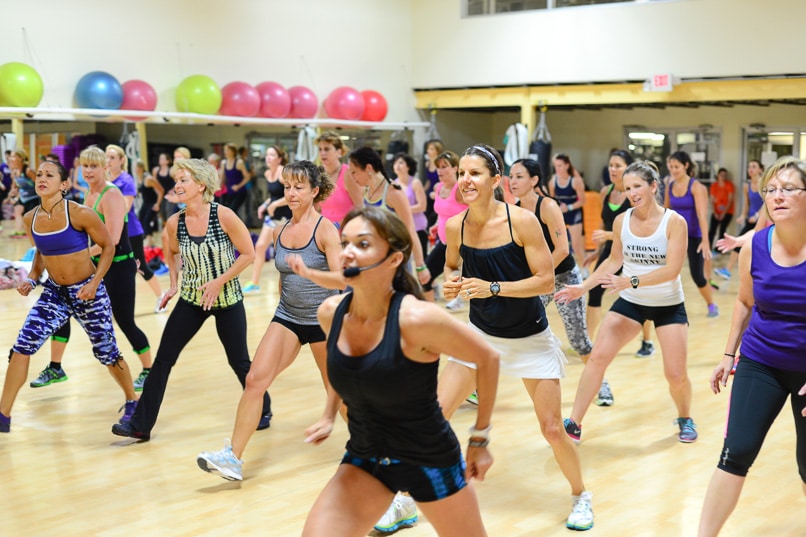 Do you get up first thing in the morning to do a cardio workout before eating breakfast? Some people do this believing they’ll burn more fat when they work out in a fasted state. Is there any truth to this – and is fasted cardio the best choice for you?

Some fitness trainers recommend fasted cardio because they feel you’re more likely to tap into fat stores when you haven’t supplied your body with a readily-available source of glucose. Plus, insulin levels are low in the morning since you haven’t eaten. This is good since insulin puts a damper on fat breakdown by inhibiting a hormone called hormone sensitive lipase. Insulin also blocks the release of growth hormone. Growth hormone promotes fat mobilization and oxidation. Therefore, when you do fasted cardio growth hormone levels may be higher. Sounds like fasted cardio is the way to go when you’re trying to lose body fat, right?

Not necessarily. There are some pitfalls to doing cardio first thing in the morning, especially when you’re fasting. For one, cortisol levels are highest when you first wake up and when you’re in a fasted state. Exercising while fasted will further increase cortisol levels. Why is this bad? Cortisol breaks down muscle tissue, something you don’t want. The more intense and longer your cardio workout, the more impact cortisol will have.

Ultimately, more intense interval-style cardio workouts are most effective for shedding body fat since you get a greater EPOC or after-burn effect after high-intensity exercise. That means you’ll burn more calories after your workout compared to low or moderate-intensity cardiovascular exercise. On the other hand, high-intensity interval training can be pretty challenging first thing in the morning after an overnight fast. Due to the intensity of the exercise you’re doing, you’ll still have some release of cortisol. Combine that with your already elevated morning cortisol and it creates a catabolic effect on muscle tissue so that amino acids can be used as fuel during your low glucose state. When you eat a protein and carb meal, it suppresses cortisol release.

Situations Where Fasted Morning Cardio May Be a Good Choice

If you’re significantly overweight and your current goal is to lose body fat or you’ve just started exercising and aren’t ready for high-intensity cardio, doing a fasted cardio workout first thing in the morning offers some benefits. If you’re keeping the intensity moderate, no more than 60% of V02 max, you’ll use primarily fat as fuel during your workout but you won’t get the benefits of a significant after-burn. In addition, once you stop, you won’t expend much additional energy since your body doesn’t need to tap into additional resources to recover.

There’s another option. Divide cardio into two sessions, a low to moderate-intensity session in the morning while fasting and a short, higher intensity session later in the day. That way you’ll get the benefits of both. It’s probably not a good idea to do this every day, maybe once or twice a week to avoid overtraining. You’ll also need to adjust your calorie intake accordingly.

Keep in mind you’ll still have some stored glycogen after an overnight fast. Your liver and muscles can store a total of up to 2,000 kilocalories of glycogen. That means if you’re eating a diet that’s moderately high in carbs, you’re going to have stored glycogen your muscles can use as fuel when you first start. It may take 45 minutes or even an hour of cardio to deplete your stored glycogen. To make morning fasted cardio more effective – don’t go to sleep with high glycogen stores by eating a carb-rich snack before bedtime and choose fiber-rich low-glycemic carbs at your last meal the day before.

Some people don’t perform their best in a sugar-depleted state. They can experience symptoms of hypoglycemia such as headache, lightheadedness, dizziness, nausea, and fatigue. If that happens to you, fasted cardio isn’t for you. Another point to remember. You still need to stay hydrated. Just because you aren’t eating before your workout doesn’t mean you shouldn’t drink water. After eight hours of sleep, you’re at least marginally dehydrated and that can affect your exercise tolerance and performance.

There are pros and cons to fasted cardio. It really depends on what your goals are and how hard you plan on exercising. If you’re keeping the intensity low to moderate and you feel good doing morning cardio, it may offer slight benefits over low to moderate intensity cardio later in the day. On the other hand, it may ultimately be more productive to do a high-intensity interval workout in a non-fasted state. You can always alternate between the two to keep your body guessing and add variety to your routine. It’ll keep it interesting.

What Happens When You Do Cardio on an Empty Stomach?

5 Powerful Benefits to Working Out in the Morning