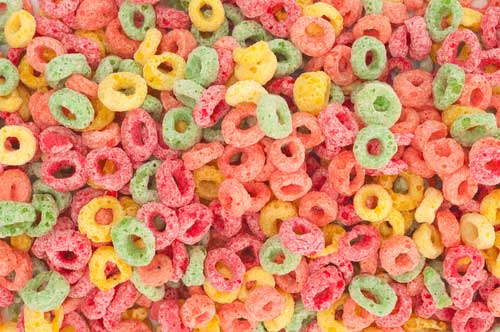 The health focus these days is on preventing the “big three” – heart disease, type 2 diabetes, and cancer. No wonder, these are among the most common diseases that shorten our lifespan. Yet there’s another diverse group of diseases that can jeopardize your health and even lead to death. This group of diseases is referred to as autoimmune diseases. Would you believe that between 5% and 8% of the population has some type of autoimmune condition? That’s a lot of people.

In general, women suffer more from autoimmune diseases than men at a ratio of almost 2 to 1. No one knows exactly why autoimmune diseases affect women more often than men, although hormonal differences are a factor. Genetics, too, play a role in who develops autoimmune problems, although these diseases are also relatively common in people with no family history.

You might wonder what role diet plays in triggering the onset of autoimmune disorders? According to research published in the journal Autoimmunity Reviews, a diet high in processed foods may be a factor. Autoimmune diseases are on the rise and are now one of the top ten causes of death for women of all ages. So, anything we can do to prevent them is a game changer.

Could the popularity of processed foods be a factor in the rise of autoimmune disorders?  Researchers from Germany and Israel collaborated on a study that looked at the impact processed and packaged foods have on the digestive tract. What you might not realize is 70% of your immune system lies in your gut. This component of your immune system is critical for protecting your intestinal tract against foreign invaders like viruses and bacteria. The bacteria that make their home your small intestines, known as your gut microbiome, helps modulate the immune activity in your intestinal tract.

Cells in the intestinal tract are separated from each other by super-small tight junctions that open up to selectively allow nutrients to enter the bloodstream. It’s a very delicate situation and the tight junctions in the intestinal tract can be easily damaged. When damaged, components of the food you eat can slip between the areas of damage and enter your bloodstream. This is referred to as “leaky gut.” As food components enter the bloodstream, your immune system does the job it’s trained to do – mount an attack. Unfortunately, this attack can also damage normal tissue, what we call an autoimmune reaction or a reaction against “self.”

What does this have to do with processed foods? Researchers in this study found certain components of processed foods appear to damage the tight junctions that separate cells in the intestinal tract, making it easier for food components to make it out of the digestive tract and into the bloodstream. What are these foods components? Sugar and sodium are two most of us are familiar with but also certain organic acids, emulsifiers, gluten, microbial transglutaminase, and nanoparticles in processed foods.

It’s possible that not all of these food components are damaging to everyone’s gut. For example, if you have celiac disease or non-celiac gluten sensitivity, gluten may damage your small intestinal tract but may not be a problem for those who don’t have this sensitivity.

Other Components in Processed Foods

Another component you find in many packaged products are emulsifiers, additives that add texture and thickness to products and prolong their shelf life. Based on some studies, emulsifiers may contribute to autoimmune diseases in another way – by altering gut bacteria. Remember how we said gut bacteria help regulate the portion of the immune system that lies in the gut?

A study carried out at Georgia State University in mice showed emulsifiers alter gut bacteria as well as widen the tight junctions that help keep food components from leaking out of the intestinal tract and into the bloodstream. They are also linked to intestinal inflammation in mice as well as inflammatory bowel disease. Of course, this doesn’t necessarily mean they’re harmful to human guts but it certainly raises red flags.

Now you have another reason to avoid processed foods, especially if you have a family history of an autoimmune disorder or if you have one yourself. Whole, unprocessed foods supply the nutrition your body needs without additives like salt, sugar, emulsifiers, and other questionable additives.

One thought on “Do Processed Foods Increase the Risk for Autoimmune Diseases?”