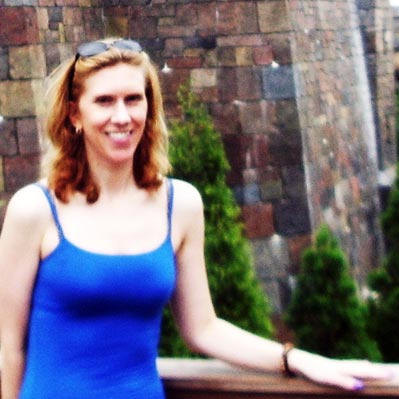 I have been featured before, but wanted to give an update, since so many Cathletes wrote to me and asked about my situation.

About two years ago, my aesthetician of all people, told me that based upon my symptoms, she was positive I was Estrogen Dominant.

My symptoms were many. I had been a heavy lifter for over 6 years at that time (thanks to Cathe!) and had no muscles to show for it. I ate right (seriously!) and exercised a lot…but no results. I was skinny, sure, but…I still had flabby triceps and fat over my abs..

I also got migraines regularly, battled with crazy mood swings, sleep was haphazard, sex drive was nil…and on and on. When I finally saw the list of symptoms for estrogen dominance, I could practically tick off every box.

Well, okay, I thought…but now what? I had no idea what to do about it, so I just kept on.

Since the first Cathe video that I purchased, Muscle Max, I’ve been a devotee! And since that was my favorite time of day, I decided to pursue that as a way of life. I became a personal trainer, group fitness instructor, Pilates instructor, cycling coach, yoga instructor and nutrition specialist. It was when i was going through my nutrition training that ‘estrogen dominance’ came up again.

It said, as a note to personal trainers, that if you had a female who was doing all the right things–lifting, doing cardio, eating right, but her triceps/fat calibrations were not going anywhere, she most likely had estrogen dominance. Ah ha! My aesthetician had been right…but again, what to do?

I started buying books on the subject (thanks to a wonderful Cathlete that suggested the first one to me) and really started to do my research into bio-identical hormones…heck, I think I can write a book on it now!

We had hoped to wait til we had insurance, but most of the doctors and patients in the books said insurance didn’t always cover it anyway, so finally, I had had enough! I was a personal trainer who lacked the very muscles I was coaching my clients towards…something had to be done.

I met with a specialist in bio-identical hormones and she said “Yep, you are estrogen dominant.” They sent me for labs, and when the results came back, my estrogen was off the charts, my testosterone nowhere to be found…and my thyroid was low. No one at the office could figure out where I got my energy on a daily basis, but I guess it was from my workouts! I don’t know, but I do know this:

They immediately put me on hormones. I went through a compounding lab so everything I now take/put on my body (creams) was designed specifically for me.

I feel just ‘better’…just ‘good’ now on a daily basis. And guess what? My workouts? They are working now. Now, when I complete Slow and Heavy I FEEL it the next day, whereas before…’eh’ not so much…I do have more energy…even though I thought I’d had plenty before!

I sleep better, I’m nicer to be around…and I sweat less 🙂 Yay!

So, am I on the road to recovery? I certainly hope so! And I hope, by this time next year, I’ll have plenty of pictures where I’m showing off my toned muscles!!

So, thank you to the Cathletes who wrote me and suggested these things to me, and thank you Cathe, for being who you are and leading me down this path!!