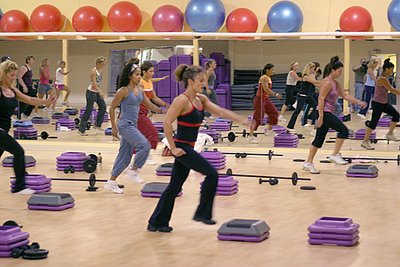 NBC National News was in our club the other day filming Cathe teaching her class. They also filmed Cathe with Dr. Nick the day before. The story will be on Boomeritis. We’re not exactly sure when this segment will be shown, but it could be as early as next week. We will post further details as soon as we know more. We’re going to be back in Philadelphia today working on the authoring of the DVDs. We will probably give you another project update later tonight.