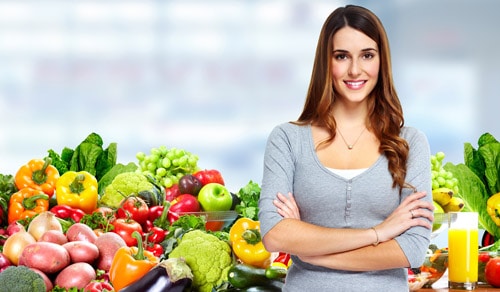 Each cell in your body contains DNA, the genetic material, or cellular instructions, you inherited from your parents. DNA is made up of units called genes that serve as a cell’s blueprint. These genes, in turn, code for proteins that tell your body how to function. For example, you have genes that regulate hormones and important bodily functions like digestion, fertility, your immune system and more. DNA and its genes are essentially a set of instructions that tells your body to produce various kinds of proteins.

It sounds like genes are pretty fixed, doesn’t it? You inherit a blueprint or map from your parents that tell your cells what proteins to make. You’re stuck with those genes – or are you? Not necessarily. First, the information contained in your genetic blueprint can be altered by damage to one or more of the genes in your cell’s DNA. For example, exposure to environmental toxins, toxins in food, or radiation can change a cell’s instruction and alter what proteins are made and how much. In some cases, this can affect a gene that controls cell growth that leads to cancer.

Yet, this is only one-way genes can change. You don’t actually have to change the genetic sequence or DNA, you inherited to alter the way genes are expressed. We now know that gene expression can change without altering a cell’s genetic blueprint or instructions. Rather, existing genes can be modified with chemical groups so they’re turned on or off. In this case, the genes themselves don’t change but how they’re expressed does. Factors that impact gene expression are factors like lifestyle, diet, and environment. Such a discovery opens up a whole new field called epigenetics.

The idea of epigenetics makes sense, doesn’t it? Your body needs a way to adapt to its surroundings. For example, if you move from an icy cold environment to a tropical setting where the temperature never drops below 90 degrees F, you don’t need to turn on genes that help you stay warm. You may have heard of brown fat, a type of fat that when activated produces heat. You don’t need active brown fat when you’re in a hot environment, so those genes are silenced.

How do cells turn on and off genes? They place “tags” on genes. The tag, which is often a methyl group, turns a particular gene or genes off. The methyl group is an additional instruction one level removed from the genes that determine whether a gene or genes will be expressed or skipped over. This higher level of gene modification, the ability to express and silence genes, is called the epigenome of a cell. One factor that affects whether genes are turned on or silent is your diet.

Specific components in foods have the power to turn on or silence genes. Some that you’re familiar with are curcumin, a component in the spice turmeric, isothiocyanates in cruciferous vegetables, and genistein in soy-based foods. For example, curcumin silences genes involved in inflammation, while isothiocyanates activate genes that help your liver be more efficient at detoxifying. So, what you eat can impact gene expression through epigenetic modification.

A theory as to why tumors occur is that mutations take place in genes that make up the DNA, and these mutations cause a cell to grow out of control and invade normal tissues. These mutations are characterized by an actual change in the blueprint or map that directs the cell. However, epigenetics also play a role in tumor growth.

Once a segment of DNA is mutated, epigenetic modifications can take place that silence or amplify genes within that cell. For example, genes that code for DNA repair might be tagged so they’re silenced. As a result, the cell can’t repair the DNA mutation or damage it sustained. If we could remove that tag, the cell might be able to repair the damage that if left unchecked could lead to cancer. Researchers believe that certain compounds, particularly those in plant-based foods may help remove inappropriately placed tags and potentially slow the chaotic cell growth characteristic of cancer.

The composition of your diet may also epigenetically impact the expression of other genes. For example, one study carried out at NTNU in Norway found that a diet high in carbohydrates, around 65% of total calorie intake, increased the expression of genes involved in inflammation and other health problems. These include type 2 diabetes, dementia, and cardiovascular disease.

We’re All a Little Different

Unfortunately, controlling inflammation might not be as straightforward as cutting back on carbs. Just as we don’t have the same environmental exposures, your genes and how they’re expressed differs from someone else’s. Cutting back on carbs may turn off inflammation and insulin resistance genes in you but not in another person. That’s why personalized nutrition and nutrigenomics are the wave of the future. Nutrigenomics studies the impact food has on an individual’s genes, so they can better tailor their diet to stay healthy.

Too often, news stories make it seem like a single diet, low-carb or Paleo, is THE diet for weight loss or health. With so many variations in genes and gene expression, it’s not that simple. Diet A may work for one person and be ineffective for another, due to variations in genes and gene expression. At some point, it may be easy and affordable to have your entire genome sequenced and tailor your diet to maximize healthy expression of those genes.

The foods that you eat do have an impact on gene expression, as do lifestyle habits, like exercise, and what you’re exposed to in the environment. Adopting a healthy lifestyle may help you turn on genes that help you stay healthy while silencing those that could potentially cause problems. You may have inherited a certain set of genes but that doesn’t mean you express them. There’s even evidence that epigenetic changes can be passed on to your offspring but that’s a topic for another article.

Can the Diet You Eat Affect Your Genes?