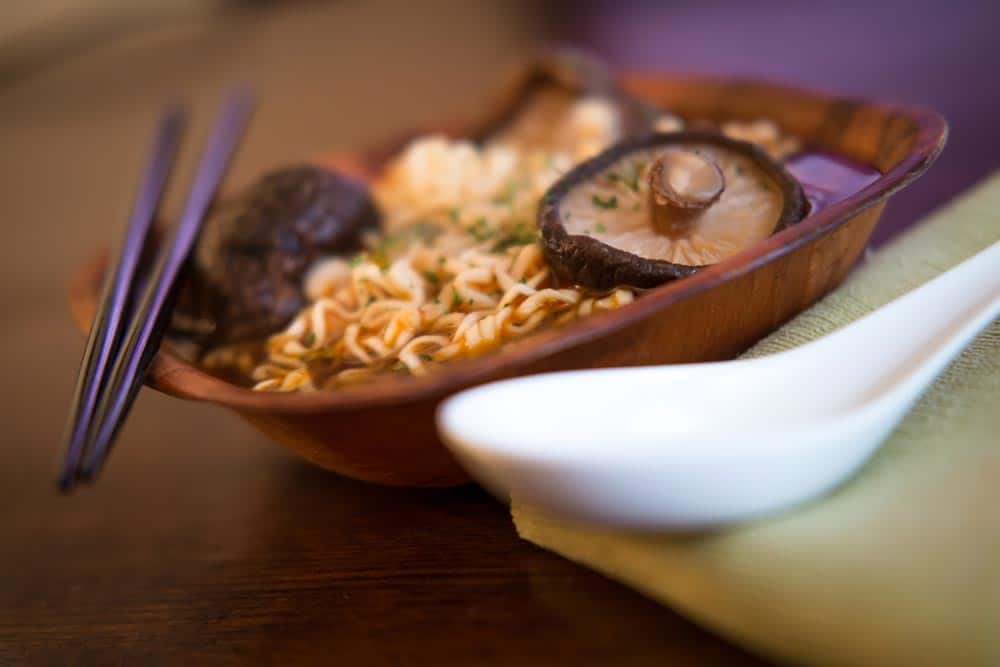 Maintaining a healthy body weight and staying as healthy as possible is closely linked to the food choices we make. No surprise here, right?  We need food for energy and for the nutritional content it offers. Plus, when we make the wrong choices we may develop nutritional deficiencies and not satisfy hunger to the point that we overeat and gain weight. So, eating for satiety is important too.

One particular macronutrient, protein, is strongly linked with increased satiety and there’s evidence that adding more protein to meals and snacks can help you consume less food overall. But, there’s more. Recently, a study suggests that adding another type of food to your diet may help you make healthier food choices. When you add this dietary component to the mix, rather than choosing a sugary doughnut, you might be more inclined to be satisfied by eating less.

What is this potentially satiating addition to the diet? As you might know, bone broth has become popular recently, partially due to its mineral content. But, according to a new study, any type of broth with a savory flavor may help with control appetite, as long as that broth is savory.

The word chefs use for savory foods is umami. and foods with umami have a full, almost meaty, flavor. Imagine the rich, but decidedly unsweet flavor of soy sauce, fish sauce, or sautéed mushrooms and the way these flavors linger in your mouth. In fact, umami is one of the five tastes that we used to describe food. The other four are sour, salty, bitter, and sweet.

How does umami get its unique flavoring? Certain chemical components in foods account for the distinctive flavor. Umami foods are high in the amino acid glutamate and two other chemicals called GMP and IMP. The interaction of these flavors with our taste buds explain why the savory flavor of umami linger and feel so warm and satisfying. Restaurants sometimes take advantage of this by adding copious amounts of monosodium glutamate, to add more flavor to their offerings and give the food they serve umami characteristics. Monosodium glutamate breaks down into the amino acid glutamate and stimulates taste receptors for umami.

In a recent study, published in the journal Neuropsychopharmacology, researchers from Beth Israel Deaconess Medical Center asked a group of healthy, young women at high risk of obesity to drink a cup of chicken broth with or without added monosodium glutamate. Then, they treated the participants to a buffet meal where they could eat as much as they wanted.

While the participants made their food choices and ate their meals, the buffet goers wore special glasses that tracked and recorded their eye movements. The researchers also measured brain activity using a functional brain scan to see how their brains reacted to seeing the large display of food. What they found was the brains of the young women who drank the broth with added monosodium glutamate reacted differently when confronted with unlimited food relative to those who drank the plain chicken broth. In the women who consumed umami broth, there was more activity in brain areas involved in self-regulation of food intake. In other words, regions of the brain involved in mindful eating were more active.

Based on these findings, the researchers propose that consuming a cup of umami broth prior to a meal may signal the brain to make healthier food choices and curb the desire to overeat. More research is needed, as the study was carried out in a laboratory and that’s not a natural environment.

However, this isn’t the first study to show foods that contain monosodium glutamate, and have that umami flavor, helps to reign in appetite. In another study, participants consumed two cups of soup, some with MSG and some without. The soups were of two types: a low-calorie soup and a higher calorie soup high in carbs and protein.

The participants drank the soups before breakfast and were later allowed to eat lunch. Again, the results pointed to umami reigning in the desire to eat. Those who drank soup with MSG consumed fewer calories at lunch relative to those who drank soup free of MSG. The high-carb, high-protein soup without MSG curbed appetite more than the low-calorie soup without it. Makes sense since protein is more satiating.  But, the addition of MSG in all cases, reduced the amount of food the participants ate.

Studies show that foods with umami initially make food more appetizing due to the way it enhances flavor. So, savory foods briefly stimulate appetite. However, they ultimately reduce calorie consumption after a meal. The vehicle for monosodium glutamate in the study was soup – and soup has some satiety benefits of it.

Interestingly, studies show that drinking soup before a meal in and of itself may reduce calorie consumption at a subsequent meal.  Chunkier or thicker soups tend to be more satiating than thinner soup, but they all seem to reduce food consumption when you eat them before a meal. So, soup might be the ultimate, weight loss appetizer, especially if you add a little soy sauce to make it more umami.

It makes sense that any form of soup may help curb food consumption as its high in volume and expands the stomach. This sends feedback to the brain that the stomach is distended and the brain, in turn, dials back your appetite.

Although meals higher in glutamate and MSG may help curb the desire to eat, some people are sensitive to monosodium glutamate or MSG. You’re probably familiar with the Chinese restaurant syndrome where individuals develop a variety of symptoms after eating a meal high in MSG. These unpleasant symptoms include flushing, headache, numbness, tingling, or sweating. In more serious cases, a person can have chest pain, shortness of breath, or difficulty breathing. So, don’t go overboard with the MSG, especially if you’re sensitive to it.

If you enjoy the taste of umami, adding a little soy sauce to a meal or enjoying a cup of miso soup, a soup with umami characteristics, might help subdue your appetite. But, the best bet is to make sure your meals contain adequate amounts of protein and other nutrient-rich, non-junk foods.