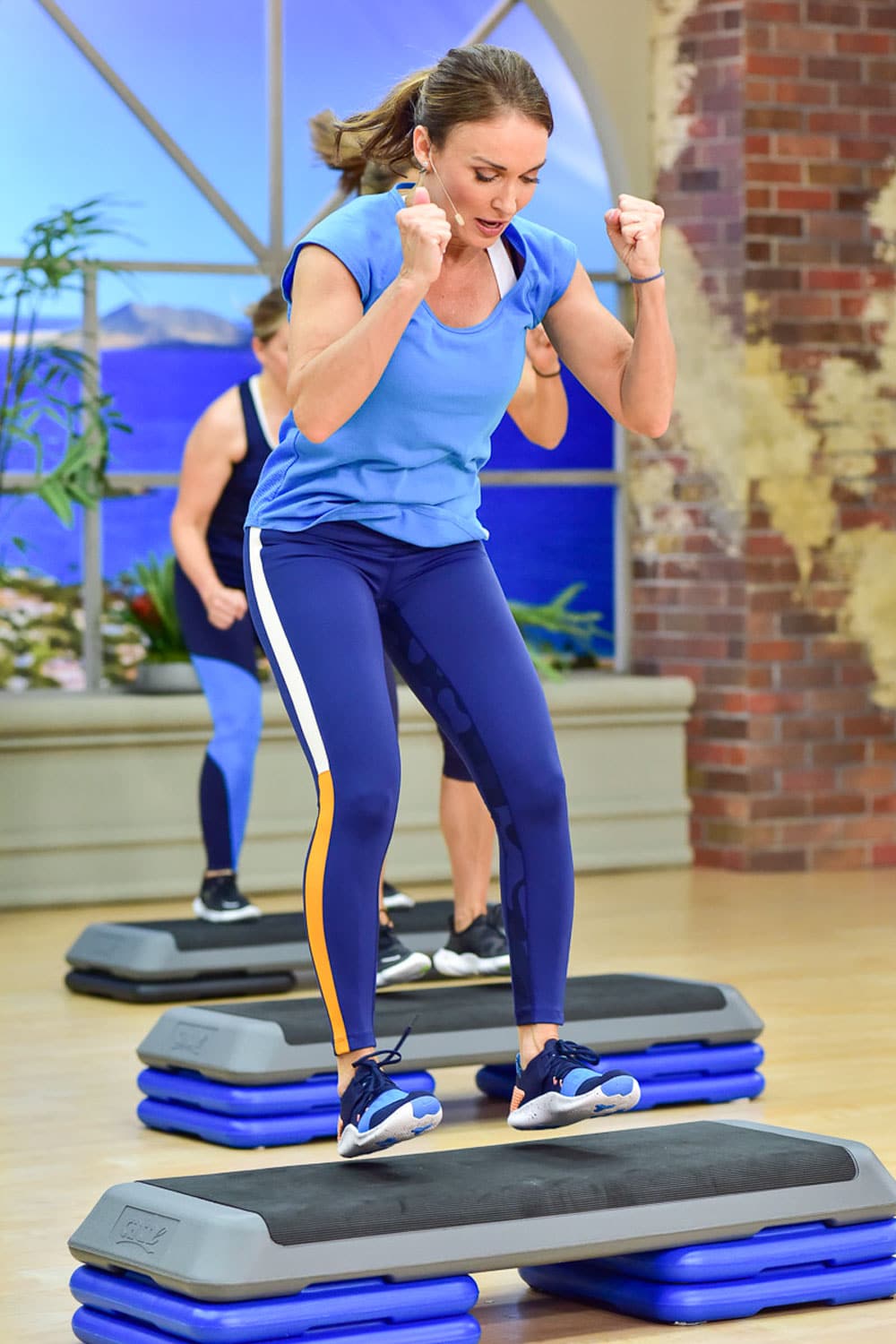 When you do a vigorous workout, lactic acid levels rise. What’s the big deal about lactic acid? You may have heard that lactic acid is the “bad guy” that accumulates during an intense workout and causes fatigue and makes your muscles feel sore afterward. But it’s not lactic acid that causes delayed onset muscle soreness, the achy muscles and stiffness you get after a tough workout. In fact, lactic acid has positive benefits for health and fitness adaptations, and some of them may surprise. Let’s look at three ways that lactic acid buildup can help you get fitter and leaner.

You produce lactic acid in muscle tissue during high-intensity exercise when the oxygen supply falls, and your mitochondria can’t as efficiently produce ATP in an oxidative manner. This happens during high-intensity exercise that causes you to sweat heavily and breathe rapidly.  Exercises like sprinting, heavy weight lifting, or plyometric exercises you do at a rapid pace, like jump squats and box jumps cause lactic acid levels to rise.

Researchers once thought that lactic acid was just a build-up product in the muscle that caused muscle soreness and fatigue, but muscles use it as an alternative fuel source during intense exercise. Berkeley researchers discovered that muscle cells make lactic acid even when oxygen is plentiful. In turn, your body uses it as fuel. Scientists even believe that lactic acid helps the body repair after a workout and speeds up recovery. Some muscles even prefer lactic acid as a fuel source, such as the brain and heart.

Scientists recently discovered that lactic acid has another benefit. It boosts mitochondrial biogenesis, the phenomenon of mitochondria inside cells increasing in size and developing greater functional capacity. An expansion in mitochondria size ramps up muscle cells’ ability to produce ATP, the cell’s energy source, during low and moderate-intensity exercise.

But that’s not all. Studies link mitochondrial biogenesis and an increase in mitochondrial function with healthy aging. It helps preserve cognitive decline and may help ward off some chronic health problems that go along with aging. Mitochondria are the hub of cellular energy production. Like other parts of the body, they age and become less adept at producing ATP that your body can use as an energy source. It’s one reason people fatigue more easily with age. Exercise, by boosting mitochondrial biogenesis, may counter this.

Lactic acid performs brain function too. When you work out for long periods of time, blood sugar can drop and that can reduce the amount of glucose available to your brain. This could lead to symptoms of low blood sugar such as lightheadedness, dizziness, fatigue, weakness, or brain fog. However, research shows lactic acid can supply the fuel source your brain needs during long periods of exercise. So, lactic acid is an alternative fuel source to critical organs like the brain. That’s beneficial, right?

When you work out at an intensity that exceeds the lactic acid threshold for 10 minutes or more, it maximizes the release of human growth hormone, a hormone that boosts fat loss and supports muscle growth. One way scientists know this is by studying people with a health condition called McArdle disease. People with this condition can’t produce lactic acid during exercise. Studies show they also don’t release growth hormone in response to exercise.

You’re probably already familiar with the concept of the afterburn. The scientific name for the afterburn is excess post-exercise oxygen consumption (EPOC). It refers to the extra work your body must do and the additional energy it must expend to recover from a high-intensity workout. After a vigorous workout, your heart rate must drop, breathing slow, body temperature must fall, and a normal acid-base balance restored. Because high-intensity exercise creates more of an afterburn than low or moderate-intensity workouts, you burn more calories for longer after an intense workout. Studies suggest that lactic acid accumulation is correlated with a more powerful afterburn and that helps with fat loss.

How Can You Maximize Lactic acid Production?

The key to increasing lactic acid is to work out at an intensity that leaves you hot and breathless. Exercise intensity, not duration, matters for lactic acid build-up. Metabolic conditioning workouts are effective at boosting lactic acid, as is heavy weight training. Sprinting, not jogging or running at a moderate pace causes lactic acid accumulation.

To get lactic acid build-up, you must challenge your type 2 muscle fibers, the ones optimized for strength and power. Doing compound exercises using a heavy resistance is ideal for boosting lactic acid as you’re working multiple muscles at the same time. For example, deadlifts work more muscle groups than most strength exercises and they challenge the big muscles in your lower body. Although lactic acid isn’t a direct cause of the burning you feel in your muscles when you lift heavy, lifting at a high intensity maximizes lactic acid build-up.

Now you know why lactic acid isn’t the bad guy it’s portrayed as. It’s not directly responsible for muscle soreness or muscle fatigue. Instead, it serves as a fuel source for muscles and the brain. It also boosts the calorie burn after a workout and stimulates growth hormone release for greater fat loss. Do lactic acid workouts in moderation, though. Don’t forget that metabolic conditioning workouts and other high-intensity workouts are demanding, and your body needs more recovery time afterward.