5 Mistakes You’re Probably Making When You Do Lateral Raises

5 Mistakes You’re Probably Making When You Do Lateral Raises 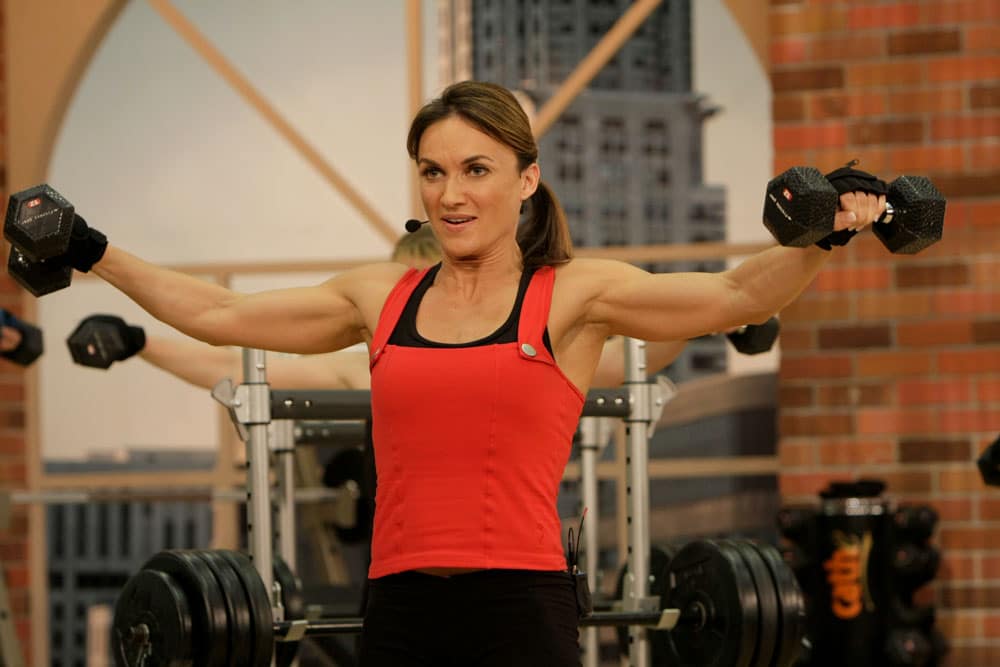 The lateral raise is an exercise that works your deltoids, the main muscle in your shoulders. Working the deltoids is important for building upper body strength but also for making your waistline look smaller. When you have strong, defined shoulders, your waist appears smaller in context. That’s one of the many perks of strength training!

The deltoid is divided into three main compartments or heads: the anterior deltoid, the medial deltoid, and the posterior deltoid. These muscles cover and stabilize the glenohumeral joint, another name for the shoulder joint. There are a variety of exercises you can do to build shoulder strength and one of those is are lateral raises.

Lateral raises primarily work the medial deltoid muscles. In fact, lateral raises are one of the most effective exercises for working this portion of your deltoids. However, form is critical for avoiding injury with this exercise. Do them incorrectly and you run the risk of shoulder impingement. Some trainers even believe that lateral raises are one of the riskiest exercises you can do for your upper body. If you include it in your routine, make sure you’re doing it properly and avoid these common mistakes.

Unlike your thighs or glutes, the shoulders are a relatively small muscle group. As such, you don’t need heavy weights to get your shoulders to grow or become stronger. Lateral raises are an isolation movement, an exercise that involves the movement of only one joint. Single-joint movements are safest with lighter weights that you can easily control. So, you don’t want to stress the deltoids and glenohumeral joint too much by working with the heaviest weight you can. Plus, if you use a weight heavier than you can handle, you’ll use momentum and that will reduce activation of your deltoids. That’s self-defeating!

The other concern is for the health of your rotator cuff muscles. The rotator cuff is made up of four small muscles and their tendons. These include the subscapularis, teres minor, supraspinatus, and infraspinatus. When you raise your arms holding weights until they’re parallel with the floor, the force on the rotator cuff approaches 90% of your body weight. That’s a lot of force for four, small muscles to deal with. The last thing you want is a shoulder injury that takes months to heal.

If you have rotator cuff issues, skip this exercise entirely. Even if you don’t, use a modest weight that allows you to use the best form possible. Only after you’ve perfected your form should you increase the resistance. You can even start out by doing lateral raises using resistance bands and work up to using dumbbells.

Mistake #2: Holding Your Arms and Body Too Straight

Another common mistake people make when doing lateral raises is holding their arms too straight. Your arms should not be in a straight line. Instead, your elbows should be flexed to between 20 to 30 degrees. Make sure you’re raising the weights in a controlled manner to shoulder height. No swinging the weights to get them up there! Likewise, your body shouldn’t be completely upright either. Instead, your knees should be relaxed, and your torso should tilt forward slightly. A straight, rigid posture shifts some muscle activation toward the anterior head of the deltoid and away from the lateral head. The focus of lateral raises should be the medial head of the deltoid, a muscle that sometimes doesn’t get the attention it deserves.

Since you should be using a lighter weight when you do lateral raises, the key to maximizing the benefits is to slow the tempo down and do the exercise in a slow, controlled manner. By slowing the tempo of the movement, you maximize the time the muscle spends under tension. Be sure that you’re using a slow tempo and good control as you bring your arms back down to the starting position. By doing so, you’ll recruit more muscle fibers to help lower the weight in a controlled manner. Expect to be sore! Emphasizing the muscle-lengthening phase of a movement produces more muscle fiber damage. But more muscle damage can likewise be a stimulus for growth.

Mistake #4: Not Pausing at the Top of the Movement

Pausing and holding the dumbbells near the top of the movement isometrically takes the momentum out of the equation and will help improve your form. Plus, when you pause at the top, you shift the focus from the trapezius muscles in your upper back to your shoulders, which is what you want. Don’t forget to squeeze your deltoids at the top and concentrate on the muscle you’re working. It might sound small, but these subtle modifications can make a difference in muscle growth.

The point is: Keep your shoulder workouts balanced by doing exercises that work each head of the deltoids rather than focusing only on lateral raises.

The lateral raise is a hard exercise to do correctly, and it’s vital that you do it right to maximize stimulation of the medial deltoid and avoid injury. So perfect your form and make sure you’re not making these five mistakes.

Building Strong and Beautiful Shoulders: is Your Shoulder Workout Balanced?

Problems Caused by Rounded Shoulders and How to Correct Them

The Best Exercises for Broader Shoulders