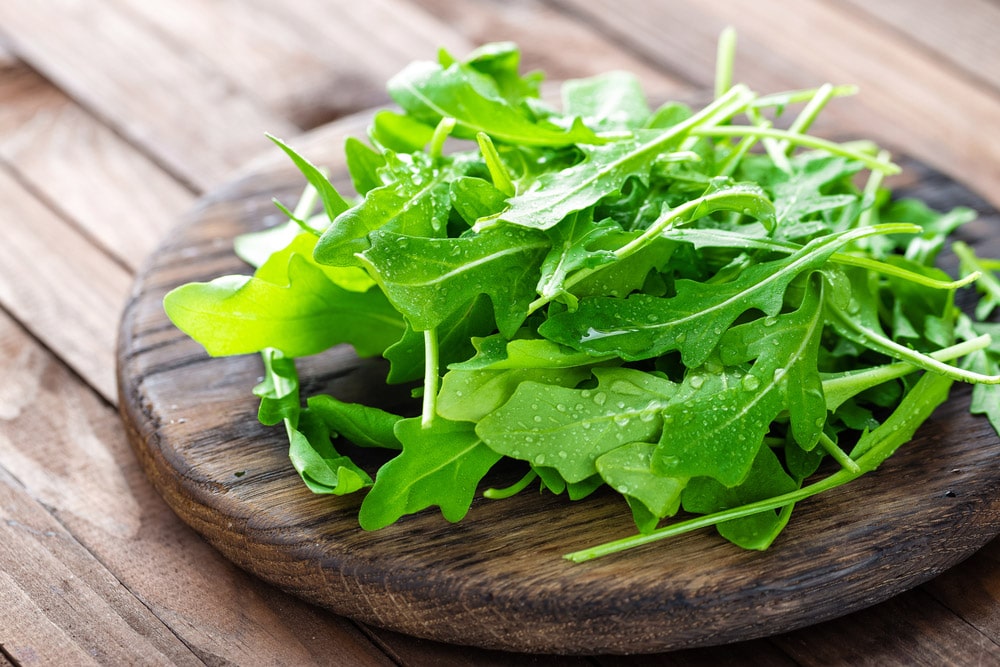 How many times have you heard nutritionists say to eat your greens? It’s good advice! Green, leafy vegetables are rich in vitamins, minerals, phytonutrients, and fiber and they supply your body with carbohydrates in a form that’s easy on your blood sugar. You might not think of leafy greens as giving a boost to your workouts, but some leafy greens are rich in compounds that may have exercise performance benefits. Here are three common leafy greens that could be beneficial to your fitness training.

Did you know that New Market Alabama was designated the watercress capital of the world? Even if you don’t live in Alabama, you should still be able to find this peppery green that adds bite to a salad. Pair it with a slightly sweet salad dressing for a tongue-pleasing contrast.

Dressing up your salads and wraps with watercress may have other benefits too. Researchers from Scotland found that consuming modest quantities of watercress reduces delayed-onset muscle soreness or DOMS. In the study, it was effective for reducing post-workout pain after treadmill running and weight training. Who wouldn’t want less muscle soreness and stiffness after a workout?

Watercress has other health benefits too. It’s rich in a variety of antioxidants, including a unique antioxidant called nasturtium. The anti-inflammatory activity of the antioxidants in watercress may explain its positive effects on post-workout muscle soreness. Plus, in a survey carried out by the United States Department of Agriculture, watercress beat out a wealth of other vegetables for the title of most nutrient-dense vegetable. Leafy greens always top the list of nutrient density per calorie.

Another study found that watercress extract reduced damage to white blood cell DNA of the type that can cause cancer, while another study found that participants who ate watercress daily had higher levels of antioxidants in their blood. Watercress is also a cruciferous vegetable, meaning it contains compounds with anti-cancer activity. Lots of reasons to love it and add it to your diet.

Arugula is an excellent source of nitrates, compounds that your body converts to nitric oxide, a gas that expands blood vessels and increases blood flow to tissues. Studies show that nitric oxide boosts mitochondrial biogenesis, the process by which cells produce more energy-producing mitochondria. Knowing these two things, it’s not hard to see how nitrates, by their conversion to nitric oxide, might enhance exercise performance. It may do this by opening up arteries, so they deliver more blood and oxygen to tissues, including muscle. Nitrates also stimulate the synthesis of new mitochondria to make more energy in the form of ATP to support muscle contraction. This gives your muscles an advantage for sub-maximal exercising by enhancing endurance. In fact, studies show that people taking a nitrate supplement for three days needed less oxygen during exercise.

Many leafy greens are high in nitrates, but arugula tops the list of nitrate-rich greens with 480 milligrams in a single serving, almost twice the amount in a cup of beetroot juice. Arugula has a slightly bitter taste that’s polarizing, but you can mask the bitterness by adding it to a salad with a sweet dressing or toss it into an omelet or wrap. Like other leafy greens, arugula is nutrient-dense. Arugula may also have benefits if you have high blood pressure. A 2014 study found that the nitrates in arugula lower blood pressure. Plus, it is a cruciferous vegetable, a member of a family of veggies with anti-cancer properties.

Spinach is another nutrient-dense green that has a surprising perk. The thylakoids in spinach can, based on one study, suppress appetite. That’s helpful if you tend to snack after a workout and eat more than you burned off. But before loading up on fresh spinach, you need a fair amount to get the appetite-curbing benefits. Thylakoids work by boosting the release of satiety hormones, like CCK and GLP-1. It also blocks the activity of an enzyme called lipase that helps digest fat. Your best bet, still, is to eat a protein-rich omelet but add a handful of spinach to that egg creation!

There are so many reasons to eat green, leafy vegetables! As if you needed more! Not only do they supply your body with vitamins, minerals, and phytonutrients, they may improve some facets of exercise performance and suppress appetite. You’ll also benefit from the phytonutrients in leafy greens and the anti-inflammatory benefits they offer.

Enjoy leafy greens raw or cooked, but you may get more health benefits if you saute them lightly in olive oil. Heat breaks down the cell wall so you can better absorb their nutritional goodness. The fat from the olive oil also enhances absorption of the beta-carotene, an antioxidant and vitamin A precursor in leafy greens. Plus, cooking reduces compounds called oxalates that increase the risk of kidney stones in people who are susceptible. Spinach is high in oxalates while watercress and arugula are not, so stick to arugula and watercress if you have a history of kidney stones. Experiment with different ways of preparing them and you’ll soon discover how versatile leafy greens really are! Rather than settling for a starchy side dish at a meal, substitute an order of leafy greens and you’ll reap more health and nutritional benefits.

The Healthiest Salad Greens You’re Not Adding to Your Salad