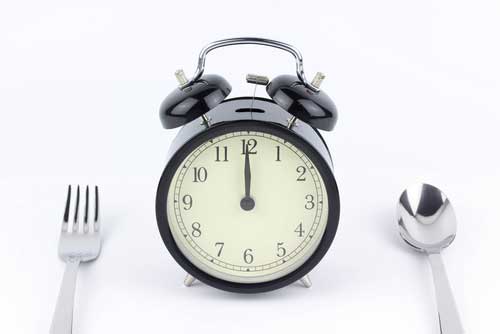 Oh, the dreaded belly fat! After menopause, many women fight an ongoing, and often frustrating, battle with tummy fat. Even if you don’t gain weight after menopause, you may notice a shift in where you harbor fat. Rather than storing fat in your thighs and buttocks, it gravitates towards your waist and upper abdomen.

More fat around the waistline, the so-called muffin top, may bother you from an aesthetic perspective, but what’s more concerning is how it impacts your health. Did you know that fat around your waist and tummy is linked with a higher risk of cardiovascular disease? So, keeping tummy fat at bay after menopause is important not just for how you look in a swimsuit but for how healthy you are during the second half of life.

What causes fat storage patterns to shift after menopause? Although a drop in the sex hormones, estrogen, and progesterone, are factors, insulin is also a culprit. Insulin sensitivity drops around the time of menopause. The gradual decline in insulin sensitivity makes it easier for your body to store a certain type of fat called visceral fat, the most dangerous kind from a health perspective. In fact, research shows the size of your waistline is more important than your BMI for determining your risk of cardiovascular disease.

What can you do about it? After menopause, it’s important to adjust your diet and lifestyle to maximize insulin sensitivity as possible. If you don’t, insulin resistance can gradually develop and increase your odds of weight gain around the midline, heart disease, and type 2 diabetes. Interestingly, according to new research, it’s not just WHAT you eat but WHEN you eat. Read on to learn why meal timing matters!

In a study carried out on mice, researchers from the Salk Institute for Biological Studies assigned mice to eat one of four diets for 38 weeks. One group ate a high sugar diet, another ate a diet high fat, and a third indulged in both high fat and high sugar. The fourth group of mice served as a control group. The mice ate similar quantities of food, more than enough to gain weight.

Here’s where it gets interesting. Some of the mice were allowed to eat whenever they pleased while others could still eat as much as they wanted but were forced to eat during a restricted time period. The mice on restricted eating schedules could eat only during a 9-hour, 12-hour, or 15-hour designated time period. Outside of this time period, they fasted. In an interesting twist, some of the mice were able to eat as much as they wanted on the weekend, similar to the way some humans lighten up on their diet when Saturday rolls around.

This isn’t the first study to show such a link. In another mouse study in which mice ate a high-fat diet freely, some whenever they wanted and others during a restricted time period of 8 hours a day, the difference was significant. After 100 days, the mice that ate whenever they pleased gained more weight, despite eating the same number of calories as mice that ate during a designated eight-hour period. They also had, on average, higher blood sugar levels, worse lipid profiles, and displayed markers for liver damage. The mice that ate a high-fat, calorie-rich diet only during a restricted eight-hour period showed no such ill effects. In fact, they remained healthy.

It certainly sounds like mice benefit from eating less frequently – but what about humans? It’s easier to control the eating patterns of mice than it is humans. The few studies involving humans show eating during restricted periods of time, even while consuming the same number of calories, is linked with greater fat loss.

No doubt, we’ve become a nation of snackers, eating throughout the day – but is this helpful or harmful? When you eat frequently throughout the day, you’re forcing your body to constantly digest, absorb, and process the food you eat. You’re also challenging your pancreas to continuously pump out insulin. In other words, you don’t give your body a chance to rest. Plus, there’s growing evidence that an occasional short-term fast places mild stress on your body that forces it to adapt and, theoretically, makes it more resilient and resistant to disease.

Remember how we said insulin is a driver of increased fat storage after menopause? According to a study published in the Journal of Applied Physiology, short-term fasting improves insulin sensitivity – and that’s good for your waistline and for controlling tummy fat. If you’re eating all day, munching on snacks before bedtime, sleeping seven hours, and then grabbing breakfast as soon as you wake up, your body only gets a 7-hour rest period when a 12-hour rest might be healthier based on the studies that are out there.

Try eating an early dinner and shutting down the kitchen afterward. You might miss that late night snack initially, but giving your pancreas a rest from producing insulin and the rest of your body a little downtime may pay off with a slimmer waistline and better health.

The verdict is still out as to whether intermittent fasting of a more sustained nature is healthy, but if you’re constantly munching during the day and having a bedtime snack, you may not be giving your pancreas (the producer of insulin) and the rest of your body enough downtime. In some animal species, periods of fasting seem to prolong life – but that’s a topic for another article.